Motorcycle riders that practice the Sikh religion have long opposed mandatory helmet laws because they interfere with wearing a turban, the religious head dressing that many devout followers consider essential. With the introduction of the Tough Turban prototype, Sikhs in areas with a helmet law exemption may soon have a safe alternative. 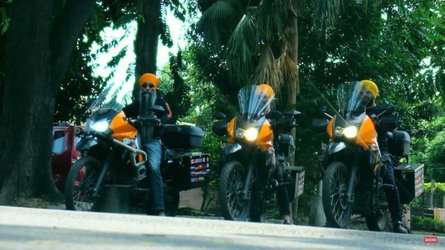 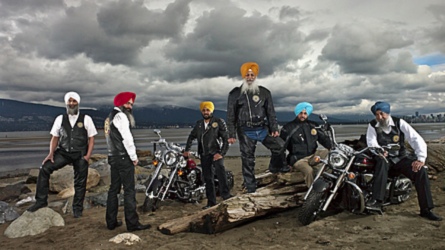 The Tough Turban has some pretty unique protective features you don’t see in typical helmets. The most interesting is the use of non-Newtonian foam, which hardens on impact and disperses energy outward from the impact zone to protect the rider’s head. The design also features a chainmail-like matrix (yes, like the medieval armor) made of 3D-printed plastic, which pays quiet homage to Sikh warrior culture. Dyneema, a lightweight, composite fabric used in bulletproof clothing and motorcycle gear, is also incorporated. The ultimate goal is not to create a turban that qualifies as a helmet, but to offer legitimate protection in a turban that feels like the normal cloth variety.

What’s really neat, though, is that the design blueprints are open-source and available online. This enables curious, independent innovators and major manufacturers alike to develop their own version of a protective turban.

Ontario passed a law in 2018 exempting Sikh riders from wearing a helmet when operating a motorcycle. The same exemption applies in the Canadian provinces of British Columbia, Alberta and Manitoba, as well as the UK, where an exemption has been in place since 1976 without a reported incident.

“The Tough Turban further empowers Sikh riders to protect who they are,” says Zak Mroueh, founder and chief creative officer of Zulu. “This initiative combines a lot of things we’re glad to focus on at Zulu Alpha Kilo—inclusion, innovation and our core principle that the world needs more creativity.”

For now, the Tough Turban is only a concept; further development is planned before the product can be considered appropriate for real-world use. If you’re keen to dig into the blueprints, you can download them here.