Could We See New BSA And Yezdi Models Roll Out By The End Of 2021?

Rumors are flying thick and fast, but are they true?

Remember Classic Legends, the folks behind Jawa’s recent revival? If you’ve been wondering what’s up with their planned Yezdi and BSA resurrections, it seems that developments are ongoing behind the scenes. While we can’t report anything official just yet, we do have some interesting rumors for you to mull over with us, on both fronts. Let’s take a look.

In March, 2021, Rushlane published spy shots of what appeared to be either a Jawa or Yezdi test mule out on the Pune to Nashik highway in India. That publication, along with others, made a good case for it possibly being an updated Yezdi Roadking. In Yezdi’s original run, the Roadking was one of its most popular and well-loved models, so it wouldn’t be a surprise if it was one of the first names a revived Yezdi sought to resurrect.

In June, 2021, an anonymous source close to Classic Legends told the Economic Times that the revived Yezdi brand should make its reappearance in the Indian market later in 2021. When ET reached out to Classic Legends directly for comment, they offered none. 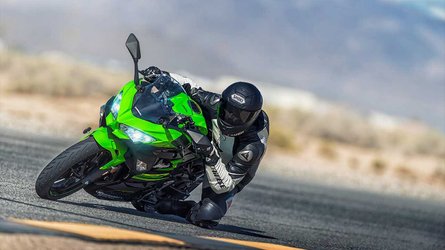 Kawasaki ZX-4R Rumored To Be Under Development 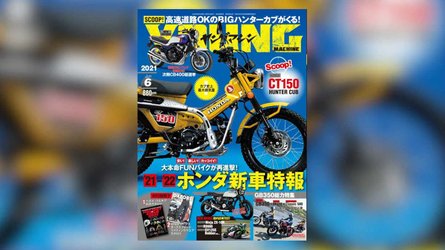 “The re-introduction of the Yezdi brand in the domestic market is being planned for the pre-Diwali period this year. The revival of Yezdi is not only at the core of what Classic Legends intends to do but is also critical for its survival in terms of scaling up the business volumes and that of the vendors and the dealers while improving their viability,” the anonymous source told ET.

Diwali will be celebrated all over India and throughout the diaspora on November 4, 2021. While that report is anything but official, if it turns out to be correct, that’s the time when new Yezdi motorcycles may finally make their appearance.

It’s worth noting at this point that a Yezdi revival has clearly been in the works for at least the last few years, among the men behind Classic Legends. One of the company’s founders, businessman Boman Rustom Irani, applied for several Yezdi-related trademarks with IP India back in 2018.

That includes trademarks for “Yezdi Roadking,” “YezdiRoadking.com,” and also “Yezdi.com.” While that still doesn’t tell us anything about a planned release date, it does confirm that those things are somewhere in the pipeline. The expectation is that the first Yezdi model out of the gate will use the 293cc liquid-cooled, single-cylinder engine already used by Jawa.

Over on the BSA side of things, ET’s same source reports that work has reached the advanced testing stages for the marque’s new 650cc combustion engine, about which it gave no further specifics. In November, 2020, Classic Legends confirmed that its plans for BSA included both a middleweight combustion engine and an EV version.

At that time, Classic Legends said the bikes would be almost entirely built in the U.K. However, ET’s source in June, 2021 claims they’ll most likely be built in India and then shipped as knocked-down units to the U.K. for final assembly. The source also suggests that as long as things continue to go according to plan, the production-ready BSAs could possibly break cover at EICMA 2021, which is currently scheduled for November.

Will anything come of these rumors? As soon as we have any further information, we’ll be sure to let you know.