This Custom Ducati Monster S4RS Is A Rolling Work Of Art

This is what dreams are made of.

I've always dreamed of owning a Ducati Monster. I know it may sound weird that the Monster is my favorite machine in Ducati's expansive stable of high-performance machines—but there's just something about the simplicity and the beauty of the Monster. Considered by many as the bike which was responsible for the boom of performance-oriented naked bikes, the Monster has always appealed to me thanks to its unmistakable styling.

With the new Ducati Monster making its debut recently, the bike has attracted some polarizing opinions due to the changes which Ducati has made on it. Our colleague Dustin has put up an amazing review on this bike, so be sure to check it out. While today's story isn't about the new Monster, it certainly caught my attention simply because of how striking and well put-together this particular build is. The Ristretto, as it has been called, was built by SR Corse, a custom shop based out of Sao Paulo, Brazil. This bike started life as a Ducati Monster S4RS, and has been transformed into an aggressive and sporty cafe racer.

What I like most about this build is the way SR Corse was able to tie everything together so well, that it looks like it rolled out of the factory this way. Having said that, there are tons of bespoke parts on this gorgeous machine. For starters, take a look at the bike's boneline. SR Corse has given the Monster a much more aggressive stance thanks to a custom tank and seat arrangement. Apart from giving the bike a more aggressive stance, it exposes more of that iconic trellis frame—a feature which the new Monster has forgone. Thanks to the more compact cockpit, this custom build looks a lot svelter and athletic than the stock S4RS.

The talented folks at SR Corse have left the Monster S4RS' 998cc Testastretta L-Twin for the most part untouched. Adding only a gorgeous bespoke asymmetrical exhaust system to give the bike an earth-shaking growl as it lets all 130 horses loose. As a cherry on the top of this beast of an engine, a carbon fiber clutch cover was fitted onto the bike's dry-clutch system, giving it an even more sophisticated, performance-oriented aesthetic. The Ristretto retains all the premium underpinnings found in the stock S4RS such as Marchesini wheels and top-shelf Öhlins suspension. 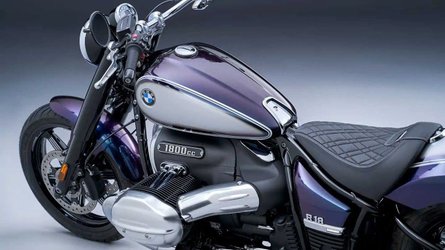 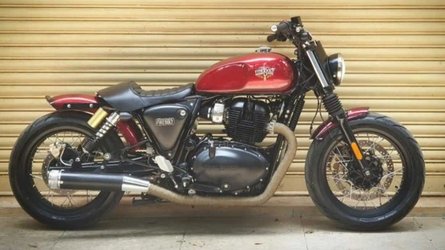 This Custom Royal Enfield Interceptor Is A Gorgeous Bobber