Will a Rolls-Royce helicopter engine do the deed?

Former Isle of Man TT racer, bona fide speed demon, and known madman Guy Martin is at it again. After breaking land-speed records in various unconventional vehicles, Martin aims to top 300 mph (over a one-mile distance) aboard his 830-horsepower, turbocharged Hayabusa. Apparently, that isn’t the only iron Martin has in the fire, though. The charismatic former television host also plans to obliterate the 376-mph absolute motorcycle speed record in a Rolls-Royce-powered rig capable 400 mph.

"It is a great target – and just one of those things I have to do,” admitted Macfadzean. “I was asked recently where the line was between commitment and obsession. I laughed, because I couldn’t say – I guess I have always been too obsessed to have noticed."

Next, the team needs to wrap the trellis structure in aerodynamic bodywork before wind tunnel sessions and sub-200-mph tests. The team’s ultimate goal is to challenge the 376-mph speed record set by American Rocky Robinson aboard a 1,000-horsepower Suzuki in 2010. Guy Martin has agreed to pilot the fire-breathing prototype during the team’s world record attempt next year at Bolivia’s Uyuni Salt Flat.

Martin is in good hands, however. Macfadzean has a background in Formula One, MotoGP, and designed the bike that broke the 200-mph barrier and British motorcycle land-speed record in 1991. He also helped U.S. driver Don Vesco achieve a 458-mph four-wheeled speed record in 2001. Martin might be an insatiable speed demon, but he may have met his match in Macfadzean. 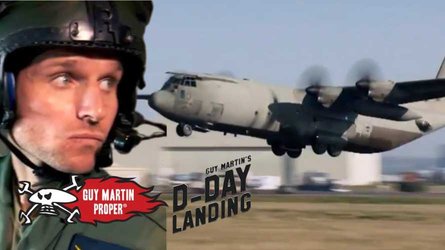 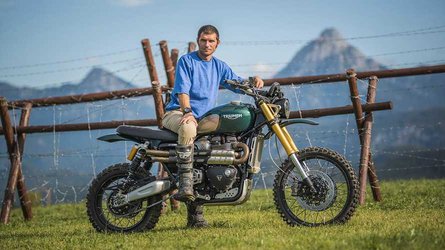