Registration Opens For World Hare & Hound Championship In The Desert 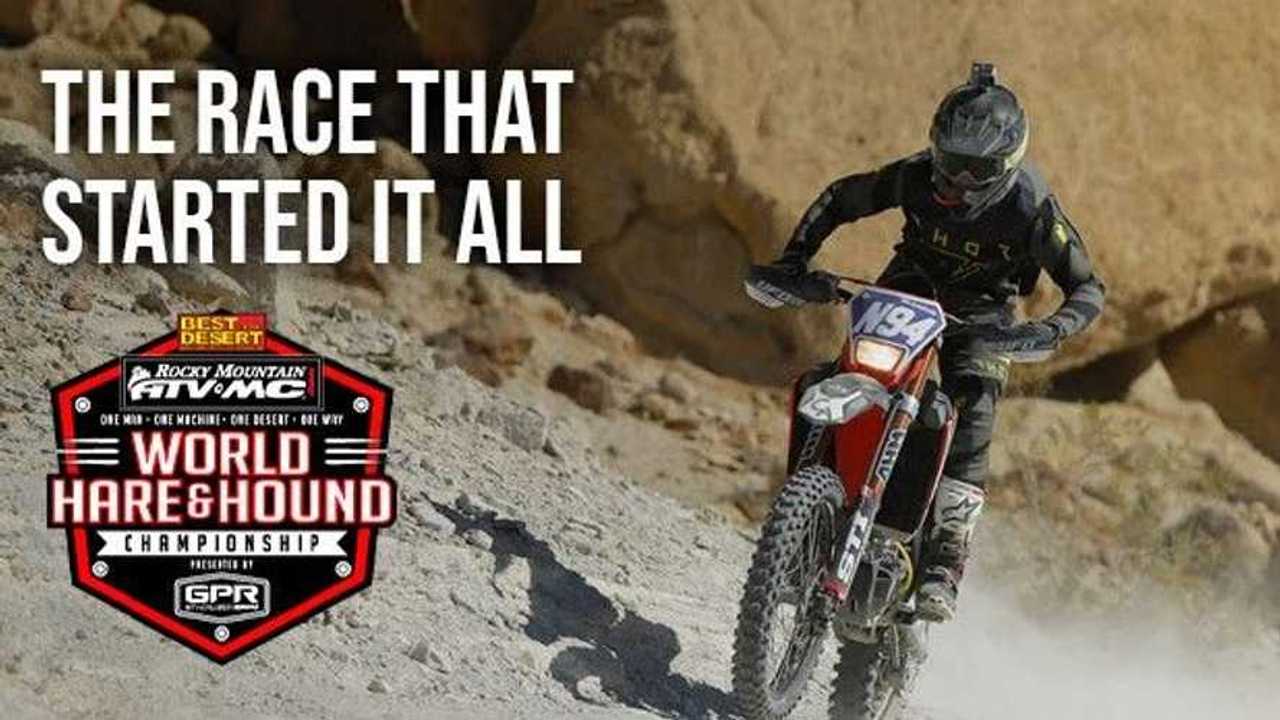 Partnering with Rocky Mountain ATV/MC and GPR Stabilizers, BITD will hold the 2021 competition in Tonopah, Nevada, on May 21-23, 2021. Three-time AMA National Hare & Hound Champion Russell Pearson will participate as the “hare” of the event with riders giving chase over the 52-mile course. If any of the contestants catch Pearson before Pit 1, they’ll snag an extra $1,000 reward. If they can pull off the feat by Pit 2, they’ll receive $500 instead. Aside from the supplemental prize money, top male and female finishers in the Pro class will win $6,000.

“We are excited to announce the opening of sign-up for the upcoming Rocky Mountain ATV-MC World Hare and Hound Championship Presented by GPR,” said Best In The Desert CMO Bryan Folks. “We’re looking forward to a great event and have worked very hard to keep entries affordable for such a prestigious race.

Pro-level entries will cost $485 and amateurs can enter for $285. Youth entries range from $65 to $90 and include 50cc, 65cc, and 85cc classes. The 50cc and 65cc races will take place on a modified course, while the 85cc competitors will attack the same 52-mile course set up for the adults. If you’re looking for a throwback to good times and good competition, registration for the 2021 World Hare and Hound Championship is open on BITD’s website.

“The Rocky Mountain ATV-MC World Hare and Hound Championship Presented by GPR will be a very special event,” noted Race Operations Manager Jeff Phillips. “We are pulling out all the stops and hope to create an event that harkens back to the glory days of desert racing. We invite everyone to come out to Tonopah and join us.”

You Can Register Now For The 2021 Sonora Rally In May