Is he the GOAT?

Motorcycle racing fans will always debate the greatest rider of all time. Many believe Giacomo Agostini’s 15 Grand Prix championships (including 8 premier class titles) qualify him as the GOAT. Some see Valentino Rossi as a shoo-in for the honor. Still, others believe Mike Hailwood’s accomplishments outshine all contenders.

Unfortunately, a car crash claimed Hailwood’s life on March 23, 1981, and forty years after his passing, we take a look at what made him a once-in-a-generation talent. Growing up in Oxford, England, Hailwood was fortunate enough to have a custom mini bike at the age of seven. His father, Stanley, served as the director of King’s Motor Ltd. and was a leading motorcycle and car racer in his day. That guidance led Hailwood to his race debut in 1957 at the tender age of 17.

Just four years later, the 21-year-old raced the Isle of Man TT for an up-and-coming Japanese manufacturer by the name of Honda. Hailwood became the first rider to capture three race wins at the TT with victories in the 125cc, 250cc, and 500cc classes. That same year, he also won his first 250cc championship, with two more titles following in 1966 and 1967. Nicknamed Mike the Bike for his unrivaled ability to win on all sizes of motorcycles, Hailwood even won three races in a single Grand Prix.

However, by 1962 Hailwood signed with MV Agusta and turned his attention to the 500cc class. At the end of his run with the Italian marque, Hailwood became the first racer to seize four consecutive 500cc titles in a row. In 1966, Mike the Bike returned to Honda and nabbed four more championship crowns in 1966 and 1967 (250cc and 350cc).

Over his 10-year Grand Prix career, Hailwood won 76 races, collected 112 podiums, and 79 fastest laps. With just 152 starts, he won 50 percent of his Grand Prix competitions. Hailwood’s Isle of Man TT career also included 14 wins and 19 podium finishes. During and following his illustrious Grand Prix days, the accomplished racer also drove Formula 1 cars (1963-1965, 1971-1974). His fortunes weren’t as abundant in the race series, however, with only 2 podiums and 1 fastest lap over a 50-race career

Still itching to race motorcycles, Hailwood returned to the Isle of Man TT in 1978. At 38 years old and 11 years removed from the sport, many doubted his winning prospects. Of course, Hailwood surprised everyone with an emphatic victory aboard a Ducati 900 SS. Revitalized by the 1978-win, Mike the Bike gave the Isle of Man TT one last shot in 1979. Unfortunately, he didn’t fare as well and it marked the end of his decorated racing career.

On March 21, 1981, Mike Hailwood and his two children, Michelle and David, were on their way to pick up fish and chips when a commercial truck driver veered into their path. The collision killed Michelle instantly and Mike Hailwood passed away two days later, but his son, David, survived. While we commemorate his tragic death, we also remember what made Mike the Bike one of the greatest motorcycle riders of all time. 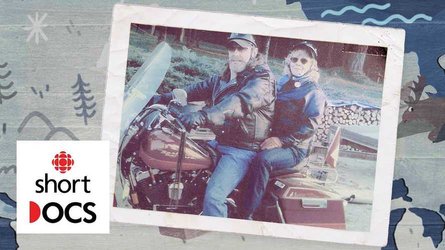 Meet Biker Bob, Who Still Rides On After His Death 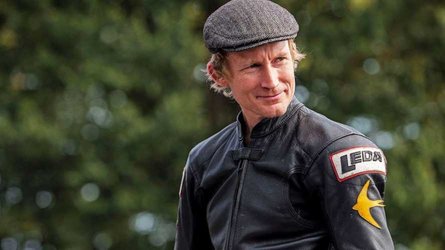