Stunning inside and out.

Kaffeemaschine is a custom motorcycle builder based in Hamburg, Germany. A quick trip to their website will show you just how capable these folks are when it comes to making a gorgeous motorcycle look even more beautiful. Employing minimalist styling, and gorgeous flowing lines, Kafeemaschine's builds always seem to accentuate the innate beauty of the motorcycle.

Such is the case with this jaw-dropping Moto Guzzi 850 Le Mans III. Back in its heyday, the Le Mans III was a highly sought-after machine, thanks to its impressive performance, timeless styling, and rich heritage. Equipped with an 844cc air-cooled, V-twin motor, the 850 Le Mans III pumped out an impressive 81 horsepower. Now this is impressive even to today's standards—what more back in 1984? Now, this particular example packs an even stronger punch underneath its gorgeous orange exterior.

For starters, Kaffeemaschine's skilled craftsmen swapped out the Moto Guzzi's stock telescopic forks, in favor of higher-performance units from a Yamaha R6. A pair of Wilbers shock absorbers sit on the bike's rear end, and provide an even better ride, thanks to their adjustability. Wire-spoked wheels were built and fitted onto the bike, while a set of Brembo brakes has been fitted both front and rear. Now, with the bike's underpinnings all sorted, the team turned its attention towards the engine. The Moto Guzzi's powerful mill received a thorough makeover in the from of new pistons, a rebuilt crankshaft, and a revised clutch assembly.

With the bike's already impressive performance further enhanced for the modern-day, the team set out to give the bike a character of its own. Custom bodywork was meticulously crafted, consisting of a svelte fuel tank, and a retro racer-style bikini fairing. The tail section was also cropped to give the bike an unmistakable cafe racer aesthetic. Lastly, a slew of Motogadget accessories keeps all the electronics in check, with a small and lightweight lithium-ion battery pumping juice into the system. 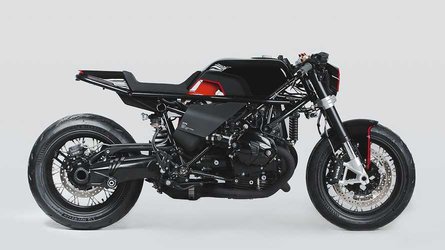 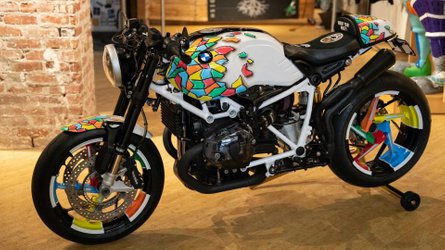 Custom BMW Rooted 9T Is Pure Oakland Through And Through