The radar wars are heating up. After Ducati, BMW, and KTM implemented the technology in their flagship touring machines, Kawasaki followed suit by testing its forthcoming radar system on the Ninja H2 SX SE. Uncharacteristically straggling behind, Honda recently submitted a slew of autonomous driving patents in a last-minute effort to play catch up. In that latest cache, Team Red filed two documents showing a new radar-equipped Africa Twin.

Similar to the system spied on the sport-touring Ninja H2, Honda’s radar could also work in tandem with a camera. None of the adaptive cruise control models on the market currently use dashcams to assist the Bosch-developed sensors, but its addition could prove beneficial. Radar systems can easily measure following distances, but they can’t register brake lights, traffic signs, or traffic lights.

Positioned between the two lower running lights, the “driving support sensor” (204) will aid a potential adaptive cruise control system on the full-size ADV. The area seems tailor-made for the conventional radar placement, but adding the platform’s signature crash protection may impede the sensor’s range. Honda even lists a cut-out at the top of the front fender to avoid interference with the system. Will the radar hold up to muck and mud flung up through such a cutout? We’ll have to wait and see.

Out back, “a pair of radars” (171) watch the rider’s six (more like four and eight) and presumably signal a blindspot detection warning to the user. Unlike the current units on the market, Honda opts for two angled radar sensors instead of one rear-facing unit. The company is also working on vehicle-to-vehicle (V2V) and vehicle-to-infrastructure (V2X) capabilities and the radar sensors could come into play with those future initiatives as well.

We’ll have to wait and see if Honda officially reveals its developing radar technology in the near future. All we know is that they’d better hurry if they want to appeal to early adopters. 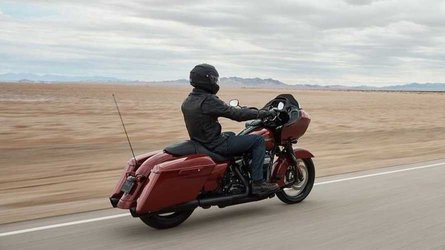 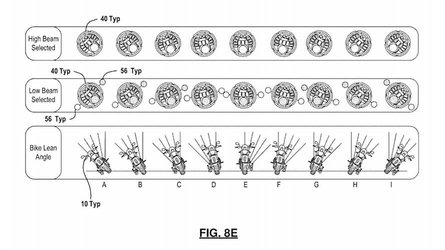 Indian Motorcycle May Have Radar Adaptive Lighting Up Its Sleeve