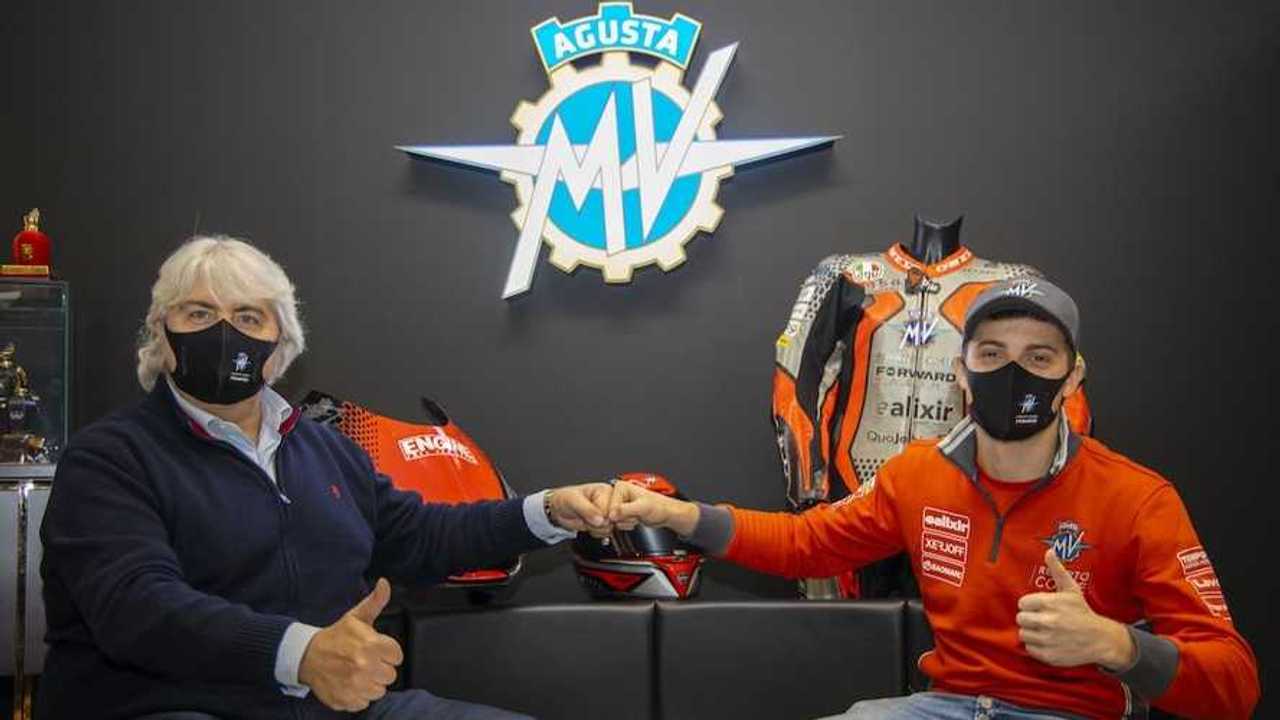 MV Agusta Forward Racing has recruited Tommaso Marcon to join their Moto2 racing team in the 2021 season. The new racer is set to learn the ropes in the upcoming season prior to earning his stripes as a full-time racer for the MV Agusta Forward Racing team in the 2022 Moto2 season. For the upcoming season, Tommaso Marcon will be the number three rider alongside his teammates, Simone Corsi and Lorenzo Baldassarri.

The new MV Agusta team rider is expected to compete in a slew of European races this year. Should everything go as planned, he is expected to make it as a full-time racer by 2022. Joining the team with an impressive background in motorcycle racing, Tommaso Marcon previously competed in the Italian Moto3 championship. He also joined the FIM CEV Repsol team in the European Moto2 championship in 2018, and was awarded Rookie of the Year after completing the race with a sixth-place finish. He also competed in the FIM Enel MotoE World Cup last year.

Tommaso Marcon's team mates, on the other hand, carry a lot more experience under their belts. That said, the new rider will learn from his team mates, while also honing his racing skills on track, onboard the MV Agusta race bikes. In a report published by SportBikes Inc Magazine, Tommaso Marcon expressed his excitement saying,  “I’m very happy to join the MV Agusta Forward Racing family. This year I’ll have the opportunity to compete with the best in the world, even if only for a few races, and it’s an incredible opportunity for me to do even more and better."

With this new development in the Moto2 sphere, we can expect to see quite an exciting season, especially from MV Agusta Forward racing this year.