It’s nice to be writing about Jawa for something else than a big boo-boo. Jawa was revived a little over two years ago by Mahindra’s Classic Legends Private division. The months following its re-introduction to the market we everything but smooth sailing as the brand faced several logistical problems that resulted in prolonged delivery delays and poor quality control, among other things.

Things have since improved for Jawa and after running its lineup through a first round of updates in 2020 to make everyone BS6-compliant, the company is now gearing up for yet another round of changes. This time, instead of modifying the whole lineup (of only three models), Jawa is going to focus its energy on one of its very first revival models: the Forty-Two.

Rumors that an updated Forty-Two was in the works surfaced on January 18, 2021, triggered by a test mule spotting in India. Jawa released a brief teaser clip and confirmed that it is, in fact, preparing an update of some sort, coming “very soon”. 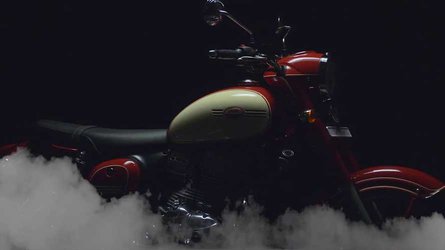 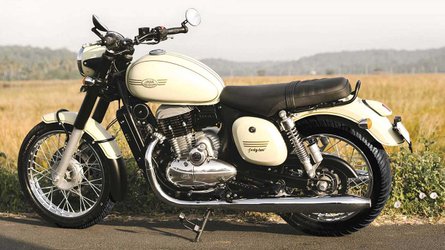 There’s An Updated Jawa Forty Two In The Works

Based on what we observed on the test mule, Jawa was seemingly extremely light-handed with the changes. While we can’t say for sure whether anything happened inside the engine block, but according to the Indian media, the 293cc single rated at 27 horsepower will remain unchanged.
On the outside, we did spot a few differences between the test mule and the current model.

Among other things, we noticed that the new Forty-Two could receive a new set of alloy wheels to replace the wire-spoke rims and shod in tubeless tires. The bike in the spy shots was also rocking a blacked-out look with matte black exhaust and suspension hardware. Finally, it also looks like it’s fitted with a new, cushier saddle.

How soon is “very soon”? Hard to tell, but we think it’s safe to assume that it should be sometime before the end of the month.