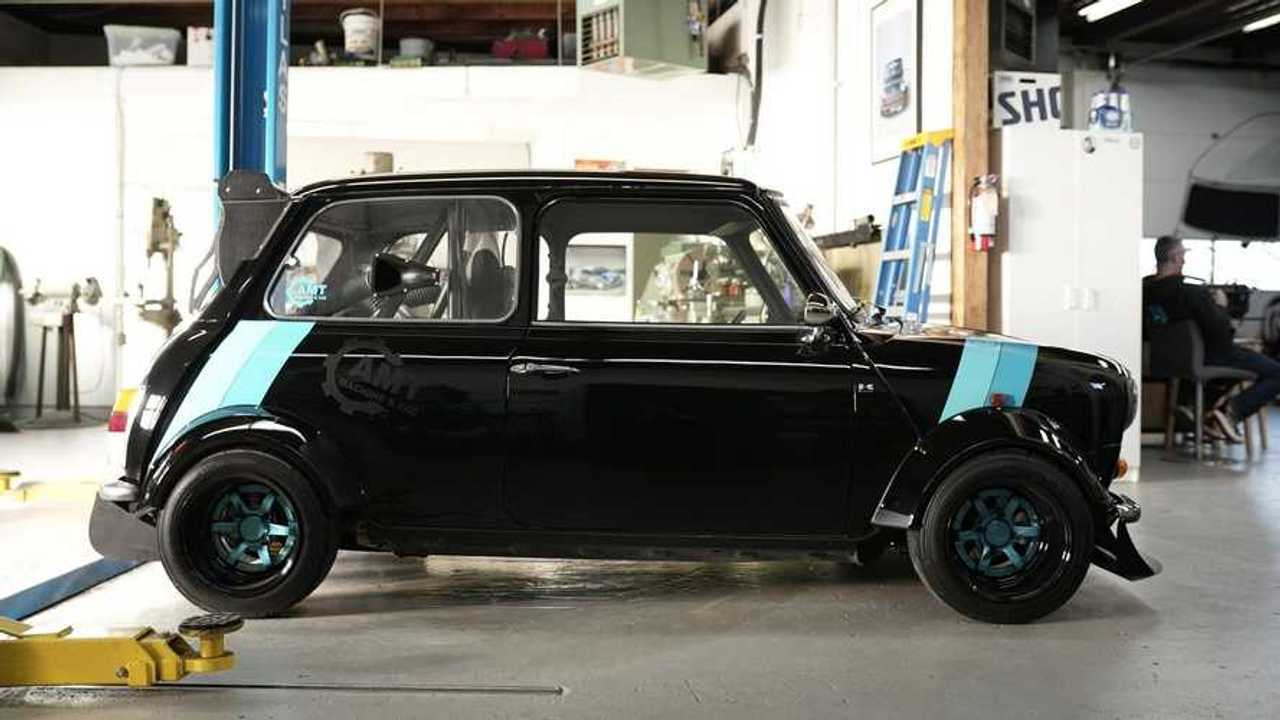 Get that Ninja-feeling without a bike license.

Motorcycle and car mashups are a common occurrence on the customization scene. Whether some mad genius decides to fit a gigantic car engine (ahem, V8?) inside a motorcycle frame or a whiny, high-revving sportbike engine under a car hood, the only limit is the designers’ imagination.

One of the most recent projects we documented is AMT Machine Shop’s Kawasaki Ninja/Rover Mini mashup. If you watched the clip and thought to yourself “I want that” we’ve got some good news for you. Put down your “How to Cram a Motorcycle Engine inside a Mini for Dummies”, the AMT-prepared, Ninja-powered Mini is now up for grabs and ready to roll. The car is being auctioned off on Bring a Trailer and as we write this, the bid has reached $15,000.

The base is a 1981 Rover Mini—back when Minis were actually mini—while the 998cc inline-four engine was sourced from the 1999 Kawasaki Ninja ZX-10R. Instead of fitting the engine inside, well, the engine bay, the team decided it was up for a challenge and decided to turn its FrankenMini into a mid-engined freak.

The shop reused the Kawasaki’s six-speed sequential gearbox and instrument gauges, and placed the engine at the back of the car, where the backseat used to be (not that you'd miss out sitting at the back of an original Mini anyway).

On top of all the motorcycle components, the Mini also receives some car-oriented performance features. The list includes Recaro seats with a four-point harness, 12-inch wheels shod in 150/490 Yokohama Advan competition tires fitted with disc brakes and four-piston calipers all around, and carbon fiber bodywork, dash panel, and spoiler. More typical of a car is also the under-belly 4-into-1 exhaust system that ends on a straight pipe.

As per the BaT description, the odometer is at roughly 21,000 miles and the car comes with a Japanese export certificate, a 2011 import form as well as British-Columbia registrations.

What Happens When You Stuff Two Hayabusa Engines In A Fiat 500?
⠀