An Etergo by any other name is still unmistakeable.

We last checked in with Indian electric vehicle company Ola in May, 2020. That’s when it purchased a Dutch electric scooter maker called Etergo. Rather than simply stick to one type of electric vehicle, Ola instead concentrated on diversifying its roster. It wants to do scooters, auto rickshaws, cars, buses—you name it, the company wants to electrify it.

Upon purchasing Etergo, Ola mentioned that it would continue operating that company’s facility in Amsterdam. In December, 2020, Ola announced that it was investing 24 billion rupees (or about $326 million) to create an electric scooter factory in Tamil Nadu. The company clearly wants to be taken seriously in its niche, with a plan to produce two million scooters per year. In so doing, it also plans to create 10,000 new jobs in the region.

You see, Ola isn’t only thinking about its electric future in India. It has big plans for Europe, Asia, and Latin America as well. It’s simultaneously coordinating electric scooter rollout plans with charging and battery swap network plans in regions where it plans to operate, as well. We’ll have to see how its multi-pronged approach plays out, but for now, Autocar India scored a peek at Ola’s electric scoot out testing.

As pretty much everyone thought would happen, it looks an awful lot like an Etergo AppScooter. We don’t yet know what Ola plans to call its electric scooter model, so hopefully it will have an improved model name. There’s talk of a top speed of over 100 kph (or 62 mph) and a range over 100 km on a single charge, but for now, it’s just talk.

There aren’t any details available yet about a planned launch, pricing, or availability, but we’ll be sure to keep you updated as and when we know more. 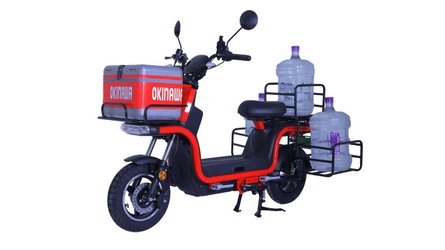 The Okinawa Dual Wants To Be Your Electric Work Companion 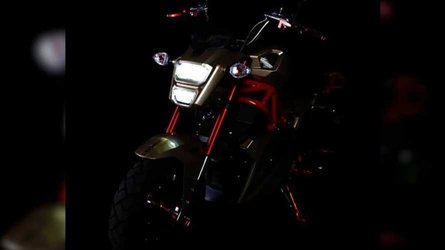