There are clear cut regulations as to the where and how of lane filtering.

Back in 2014, motorcyclists residing in New South Wales, Australia, could rest easy knowing that they weren't committing a traffic violation every time they scurried over to the front of a long line of traffic. Granted, lane filtering and even lane splitting is a common occurrence in all countries—and quite a few times, law enforcement tends to turn a blind eye towards it—that's not to say it's clear-as-day legal.

Well, luckily for motorcyclists living in Western Australia, they can now breathe a sigh of relief knowing that they can now enjoy the benefit of lane filtering. But before I go into the details, what exactly is lane filtering, and how does it differ from lane splitting? Well, in a nutshell, the difference lies in speed. Normally, lane filtering constitutes navigating at a much slower pace between stopped cars, while lane splitting constitutes riding in between moving cars at regular speeds.

Now, the differences between the two can easily be muddled up depending on which part of the world you're from. But, for Western Australia's case, the guidelines are pretty clear. Regulation 130B on page 36 in the Gazetted Rules and Regulations states explicitly that only lane filtering has been legalized. It also gives a detailed breakdown of what constitutes legal lane filtering.

The rules and regulations state that "a motorcycle is lane filtering in accordance with this regulation along a length of carriageway if the rider rides the motorcycle between 2 vehicles, each vehicle travelling in the same direction as the motorcycle; and separate but adjacent marked lanes or lines of traffic." Do note, however, that filtering beside a heavy vehicle is not allowed. The proclamation also gives additional guidelines with regards to the limits of what a motorcyclist can do while lane filtering.

Some of the most important things to remember are that motorcyclists must not exceed speeds of 30 kilometers per hour (18.6 miles per hour) while riding in between other vehicles. It also states that lane filtering is not allowed in a shared zone or school zone. Likewise, lane filtering is only allowed in areas wherein the posted speed limit is no more than 40 kilometers per hour, or 24.8 miles per hour. That being said, lane filtering, let alone lane splitting on the freeway continues to be illegal. Additionally, learners are not allowed to lane filter at any time.

The rest of the regulations are pretty much common sense, i.e., no filtering in roundabouts, no filtering when it isn't safe to do so, and of course, no filtering between merging vehicles. With Western Australia joining the civilized world and finally legalizing lane filtering, is it only a matter of time before other major cities around the world accept it as the safest way for cars and motorcycles to share the road? Is lane filtering and lane splitting legal where you're from? 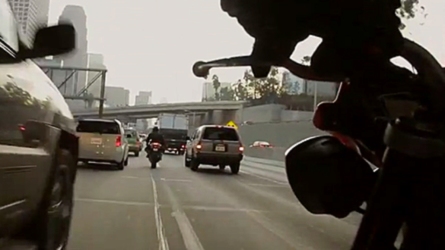 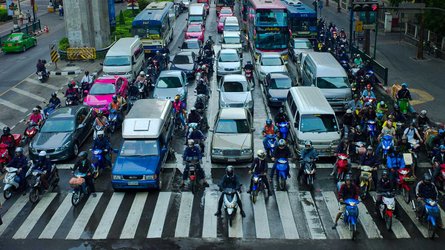