2021 Aprilia RSV4 And Tuono V4 Have Clearly Been Working Out

After Aprilia’s introduction of the long-awaited RS 660—followed a short time later by the Tuono 660—the team from Noale officially unveiled the 2021 RSV4 and Tuono V4 duos. Both the regular and Factory versions have some significant changes for Aprilia fans to get excited about, so let’s dive right in.

Let’s start with the RSV4 and RSV4 Factory. Aprilia reconsidered its aerodynamics for 2021, drawing inspiration from what it learned and put into action with the RS 660. As a result, the winglets are now built directly into the double-wall fairings, and are no longer separate elements on their own. This, Aprilia says, both optimizes stability and engine cooling while also “representing a highly aesthetic feature.”

The RSV4 also gets a triple LED headlight unit with perimeter DRLs, including cornering lights that Aprilia calls “bending lights.” New ergonomics, a slightly larger TFT dash, a Marelli 11MP ECU, six-axis IMU, and improvements to the ride-by-wire throttle and APRC control suite are also present. There’s now multi-level engine brake control, and you also get six Riding Modes: three each for both track and street. Of those six modes, three are customizable as well: two for the track, and one for the street.

As well, the new, lighter swingarm takes its inspiration from the Aprilia RS-GP as found on the company’s MotoGP bikes. It features a reinforced lower brace, and was designed to lower the bike’s mass while increasing rear-end stability under acceleration. The new RSV4 is Euro 5-compliant, and Aprilia says it makes 217 horsepower thanks to a slight bump in engine displacement, from 1,077cc up to 1,099cc for 2021.

So far, every detail listed here has applied to both the RSV4 and RSV4 Factory, but here are the differences. The regular RSV4 will only be sold in a colorway called Dark Losail. Meanwhile, the RSV4 Factory is available in your choice of Aprilia Black or Lava Red for 2021. Both colors of Factory also get some nice upgrades, including Brembo Stylema brake calipers, a semi-active Öhlins Smart EC 2.0 suspension, and forged aluminum wheels.

Indeed, the biggest difference between the newly Euro 5-compliant Tuono V4 duo and the RSV4 duo is now the engine. For 2021, the Tuono V4 pair both keep the 1,077cc, 65-degree V4 that makes a claimed 175 horsepower and just over 89 ft-lbs of torque.  Available colorways for 2021 are Tarmac Grey or Glacier White for the regular Tuono V4, and Aprilia Black for the Tuono V4 Factory.

Pricing and availability for the 2021 Aprilia V4s has yet to be announced. For reference, the 2020 RSV4 Factory 1100 started at $24,499 in the U.S. Meanwhile, the 2020 Tuono V4 Factory 1100 started at $18,999. It’s unclear at this time whether Piaggio plans to release either base model in the U.S., or just stay with the Factories as it has previously done. As always, if you’re interested in a shiny new Aprilia V4 for 2021, your best bet is to speak to your local Aprilia dealer to find out when they’ll roll out in your area and get all your local purchase questions answered. 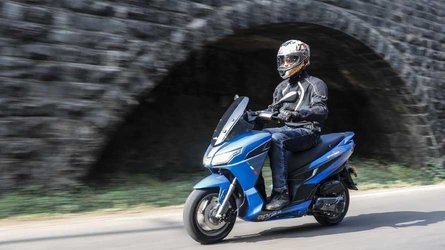 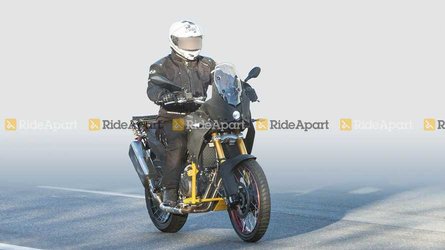 Spotted: The Aprilia Tuareg 660 Is Out And About