Head over to your nearest Piaggio showroom now.

The premium commuter scooter segment in India is about to get a lot cooler with the Aprilia SXR 160. The updated scooter, now assembled locally, has finally begun making its way across Piaggio dealerships across India. The SXR 160, which employs unmistakable Aprilia styling, is considered a maxi-scooter in the market, and competes against the likes of the Suzuki Burgman Street, as well as the Yamaha NMAX, and the upcoming Honda PCX 160.

The Aprilia SXR 160, however, seeks to differentiate itself with a few defining features. Firstly, its styling is remarkably sporty, with its fascia resembling that of the RSV4 sportbike. On top of that, its angular bodywork, swooping lines, and overall bulky appearance give it a modern aesthetic, a striking contrast with Piaggio's Vespa scooters, which demand a slightly higher premium in the Indian market. Styling aside, the Aprilia SXR 160 also comes with a slew of creature comforts that make it suitable for long distance, and even two-up riding.

The maxi-scoot comes equipped with a USB charger, a lockable glove box, and ample under-seat storage to keep your personal belongings safe from the elements. On top of this, the Aprilia SXR 160 features a tall windscreen and full LED lighting—a feature that quite a number of other scooters still lack. It also gets a fully-digital instrument cluster that displays an abundance of information such as a trip meter, fuel gauge, mileage, and many others.

Now, moving on to performance, the Aprilia SXR 160 is built off the underpinnings of the SR160. That means it shares the same 160cc single cylinder, three-valve engine. Rated at around 11 horsepower, the SXR 160 is a docile dog, but carries just enough punch to cruise confidently on city streets and mountain roads. That being said, this capable scooter comes with a price tag of Rs 1.26 lakh, or the equivalent of around $1,720 USD. At this price point, the Aprilia SXR 160 competes aggressively with other entry level maxi-scooters in the market. 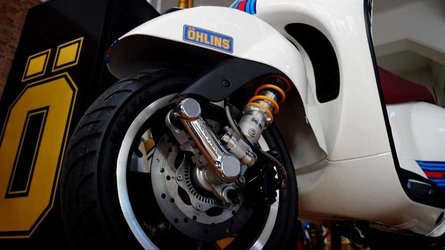 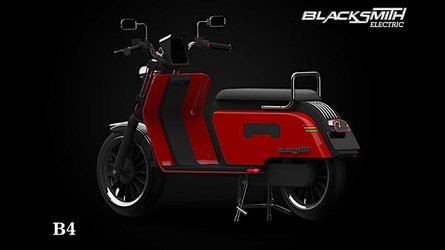