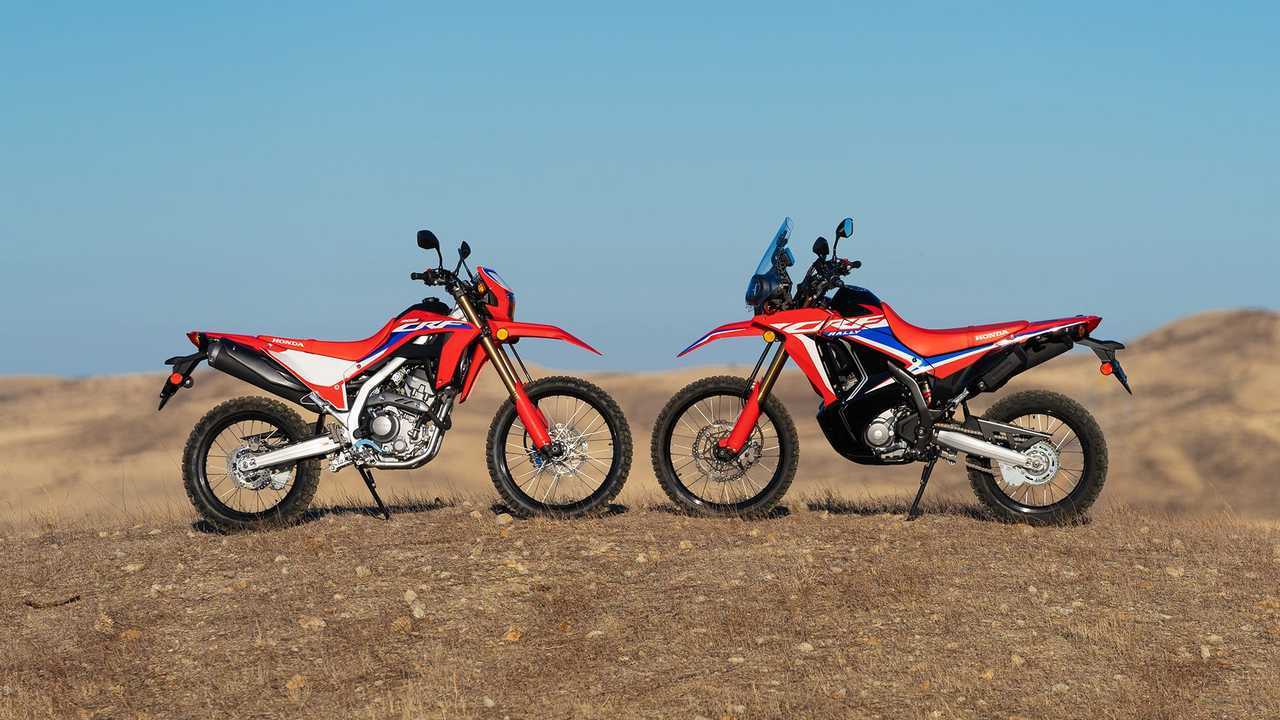 Interestingly, only a few weeks ago, Honda unveiled both the 2021 model-year of its popular CRF250L duo of off-roaders and an all-new pair of CRF300L dirt bikes. I say interesting because while the 250s launched in Japan, Honda also launched the 300 in Europe as a replacement for the 250.

As for North America, we had yet to find out whether we’d be getting the updated 250 or the new 300. We now have the answer. We rolled the dice and they landed on 300.

Team Red revised its small CRFs from the wheels up. The new steel semi-double-cradle frame is now lighter by 0.3 pound and a 35-percent decrease in lateral rigidity is meant to improve handling feel. The frame is mounted to a 43mm Showa inverted fork at the front with 10.2 inches of travel while the Pro-Link single shock with 10.2 inches of travel at the back is paired with a lighter, cast aluminum swingarm. Honda also increased the kickstand's strength and its foot plate surface for increased stability.

At both ends, both the CRF300L and CRF300L Rally are fitted with a pair of wire-spoke wheels—21 inches at the front and 18 inches at the back—shod in IRC GP-22R tires.  Stopping power comes from a single, 256mm disc paired with a dual-piston caliper at the front wheel and a single 220mm with a single-piston caliper at the back. Both the standard 300L and the 300L Rally are offered with and without ABS.

The CRF300L weighs in at 309 pounds while the CRF300L Rally tips the scales at 333 pounds versus 322 and 345 pounds for their respective CRF250L predecessors. Both 300s' wheelbase increased by 0.3 inches to reach 57.2 inches while seat height was slightly increased to 34.7 inches on the base CRF and remains unchanged at 35.2 inches on the Rally. Ground clearance is also up on the base model that now stands at 11.2 inches above the ground and the Rally, at 10.8 inches.

Inside the frame, we have a new 286cc, four-stroke thumper—an evolution of the 249, if you will. While the cylinder bore is the same at 76mm, the stroke is now slightly longer at 63mm, up from 55, which resulted in the displacement increase.