This Custom Harley-Davidson Fat Bob Was Built For Diego Maradona 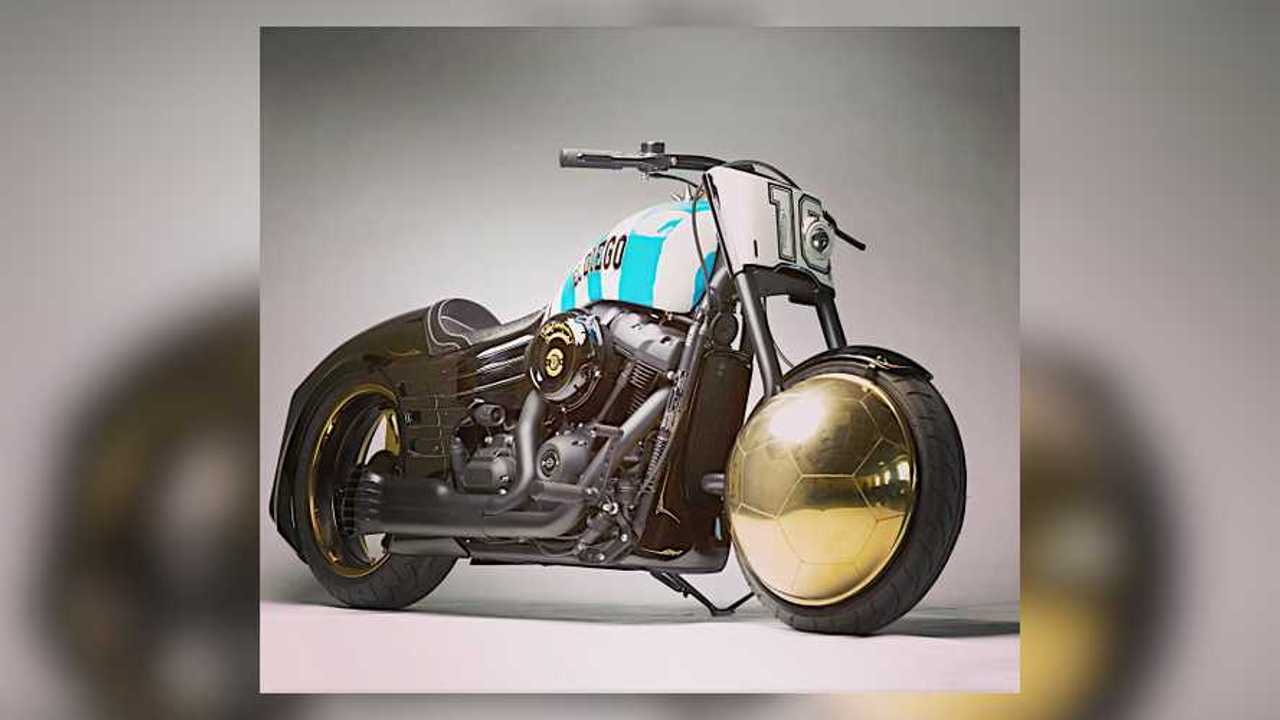 Golden bike for the Golden Boy.

Custom builds are about making statements, and Shif Customs definitely prides itself on doing that. Take its Yuri Gagarin tribute, which is truly a Harley-Davidson out of time. Not your style? How about “Yo Soy El Diego,” the 2018 Harley-Davidson Fat Bob-based build that Shif created for football legend Diego Maradona in 2019?

The soccer great died in November, 2020 at the age of 60—but although plenty of things changed in Maradona’s later life, his love of the sport never left him. Known as "Pibe de Oro” (or “Golden Boy”), in 2019, Maradona was named honorary president of Belarusian football club FC Dinamo Brest by team owner Alexander Zaitsev. Around this time, Maradona underwent knee surgery, and Zaitsev decided to give him a very special custom motorcycle as a present.

The Marrs Prototype Demonstrates The Future Of Motorcycling

All this is coming up again in 2021, as people continue to go through what Maradona left behind, which includes this custom bike. There’s even a 30-minute documentary about the build called “Motorcycle for Maradona,” directed by Alexander Komisarchuk, which showed at several festivals prior to the global pandemic sweeping the world.

Wrapped in the billowing colors of Argentina, with a golden soccer ball for a front wheel, this build tells you a lot about who it’s for, even if you have no idea. For an athlete revered worldwide, and one with plenty of trophies gained over a storied career, this was surely a unique addition to his Lucite trophy case. Whether you could or would even want to ride it is probably beside the point. I mean, would you want to run the risk of curbing that bulbous and luminous front wheel? I know I wouldn’t. Then again, it may surprise you to learn that I’m also not a massively talented football player.

It’s unclear what will happen to this one-of-a-kind machine in the wake of Maradona’s passing, but chances are excellent it will find a new home sometime soon.