The Marrs Prototype Demonstrates The Future Of Motorcycling 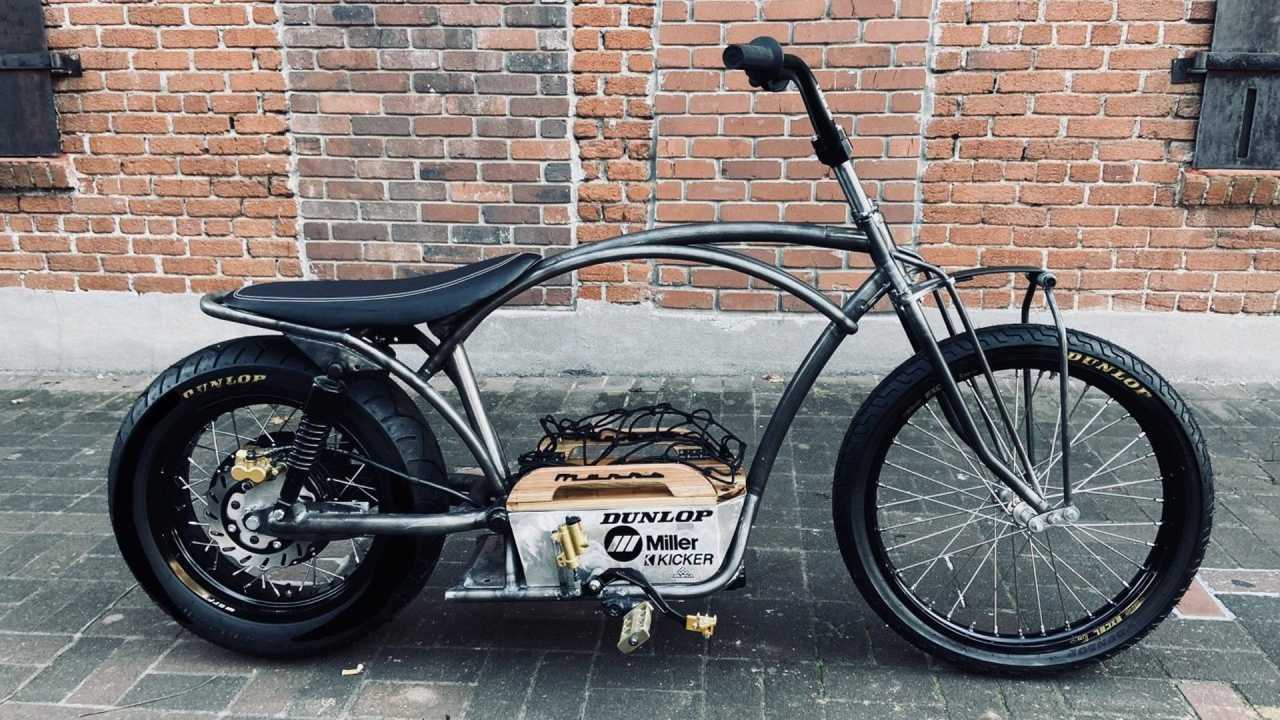 Kacy Marrs foresees a modular platform that an owner can customize to their heart's content.

We've discussed before how the emergence of electric motorcycles is turning the industry on its head. New companies like Zero have a chance to compete with well-established manufacturers like Harley-Davidson, who must themselves evolve or die. Electric bikes also provide an opportunity for extremely modular architecture. Kacy Marrs is embracing this future with a prototype bike he built himself.

"I've been prototyping an electric motorcycle for the past few years and am almost done," Marrs told me in email. "I thought it might be cool to bring the California beach cruiser styling to electric motorcycles." Indeed, his bike more closely resembles the classic balloon-tire bomber bicycle than a modern motorcycle. Rather than pedals, though, the bike has a 35-kilowatt liquid-cooled electric motor, powered by a 120-volt 300-amp lithium battery. It wears a pair of Dunlop D404 motorcycle tires, 80/90-21 in front and 140/90-16 in back. Dunlop, as well as Miller welders and Kicker Audio, sponsor his builds.

Electric bikes are often criticized for being heavy, but Marrs' creation weighs a mere 220 pounds. That and its 29-inch seat height mean that just about anyone can ride it. With a 55.5-inch wheelbase, its dimensions resemble the old-style bicycle, yet has some classic motorcycle styling cues as well. The front swingarm suspension, for example, looks straight out of an old springer Harley. There are numerous off-the-shelf suspension forks out there that Marrs could have used, but he opted for this design, which matches the aesthetic he's looking for quite well.

"I’m not actively trying to sell anything, more so enjoy putting my creations out there," says Marrs. He does, however, see the potential for modularity in his designs. "It would be cool to offer a couple of different frame options, front-end options, wheel/motor kit options, battery options, etc. for the DIYer to build their own custom e-motorcycle at different price points." Hobbyists already build radio-controlled cars in this way. I think it would be great to build, upgrade, and customize electric motorcycles like this, with the added benefit that you could then ride them down the road yourself.

I Welcome Our Electric Overlords: