Some long-established brands are out, while new upstarts are in.

As the years go on, electric motorcycles are becoming more and more mainstream. While most still see them as city bikes with limited range, improved infrastructure and battery technology are changing that. This is opening the door for new players to enter the motorcycle market. Existing brands may choose not to participate in the electric revolution at their own peril.

The most well-known upstart is probably Zero, who started building electric bikes in 2006. Though initially focused on the off-road market as an alternative to mountain bikes, they brought their success to the streets in 2009. Certainly, early technology could not compete with the range and top speed of gasoline motorcycles, but the technology has evolved quickly and caught up or surpassed traditional bikes in every area except range and refueling time.

Another strong contender is Energica, who started in 2010 with a focus on racing. Rather than an electric drivetrain transplanted into an existing bike, the eCRP was an all-original design, which allowed it to be optimized for its electric guts. The company's focus on performance without compromises continued into its road bikes. The Ego I rode a few years ago didn't feel like an electric toy, but a genuine sportbike in its own right.

Both of these companies were free to innovate in their own unique ways because they were not beholden to existing frames and designs to keep costs down. Electric bikes are their specialty, and over time they've been able to bring the fight to the traditional brands. More and more new companies are joining the fray, from similar efforts like Damon and their Hypersport to smaller projects like Burromax.

So far, Burromax has only sold one model of minibike, the TT250, with two more powerful models coming along in early 2021. It wouldn't be a major leap for Burromax to continue expanding the size, speed, and range of their bikes to something roadworthy. Electric bikes have no emissions, which eliminates one of the major expenses and hurdles that face any company trying to introduce a new gasoline road bike. Who knows how many more new contenders we will see.

Don't count out the mainstream brands yet, though. Harley-Davidson, which is as mainstream a brand as it gets, is trying to tap into the electric market with the LiveWire. The bike itself is great, but it's having to overcome the challenge of being far from a traditional Harley. Most people don't walk into a Harley-Davidson dealer looking for an electric bike, assuming the dealer they walk into even has any.

KTM likely has an easier time enticing potential customers with the Freeride E-XC. It looks just like the traditional dual-sport many people are looking for. Its low noise and immediately high torque are extremely favorable traits for the trails. A more limited range than a gas bike isn't as much of a problem, because electric excels in low-speed conditions where you don't cover as many miles anyway. Then again, a Zero DS could likely give the KTM a good run for its money.

The emergence of electric motorcycles as viable vehicles isn't really leveling the playing field. It's giving the new upstarts a significant advantage. They're already competing against some of the top brands in the world, while Indian needed the backing of a behemoth like Polaris to break into the traditional motorcycle market. The message to the traditional brands should be clear: Evolve or die. 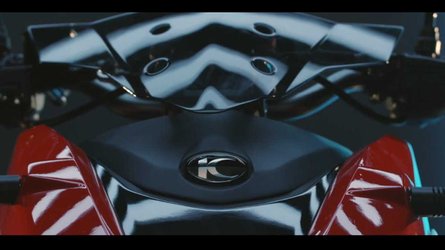 Is Kymco Bringing A New Electric Bike To Its November Launch? 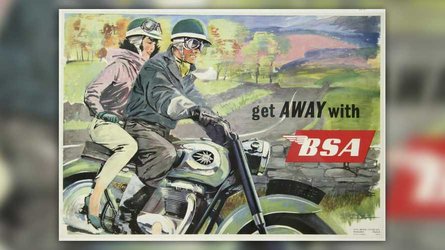 BSA's Electric Revival Is Finally Happening In 2021
By: Justin Hughes
++
++
Got a tip for us? Email: tips@rideapart.com