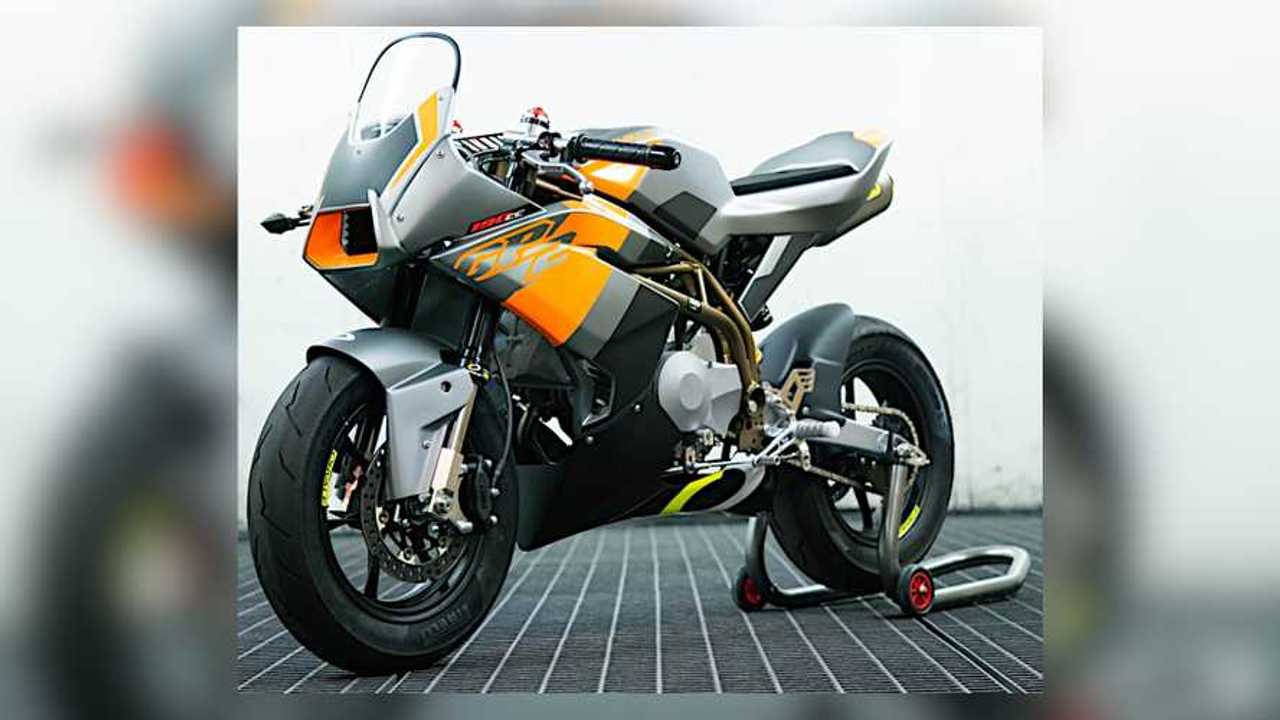 A whole lot of bike in a diminutive package.

Back in January, 2020, we told you about the Mini Cup Racing Series that MotoAmerica had planned for the upcoming season. Now, as you’re all too aware, that didn’t happen. The series was set to race on Ohvale GP-0 bikes, if you’ll recall. Pandemic or no, those little things are still awesome. Now the Italian miniature GP bike maker is about to unveil its newest model, the GP-2.

If you follow motorcycle racing at all, you may have seen a bunch of racers mention how fun the GP-0s are to ride. Some even use them for training. Over Christmas, the Treviso-based company started teasing the new GP-2 via its social media. Changes are substantial, and are definitely not limited to a new coat of paint and a change in model year designation.

Although the GP-2 is still mini, it’s grown a bit in physical size. While the GP-0 is sold in several configurations, the GP-2 will only be sold in Daytona 190cc four-speed spec. Ohvale says this choice was made to facilitate easy entry into one-make series, both within Italy and internationally.

Now, while other substantial changes have been made for the GP-2, Ohvale hasn’t said anything about engine changes yet. The existing Daytona 190cc GP-0 uses a four-stroke single-cylinder unit outfitted with a Keihin PE28 carburetor and mated to a four-speed gearbox.

So, what’s changed? For a start, the GP-2 has a longer frame and swingarm, with the steering angle increased by 0.5 degrees. Ohvale also repositioned the engine to centralize its mass, and adjusted the swingarm pivot to optimize chain pull. Tapered steering bearings and a multi-adjustable 38mm steering stem also grace the front of the new GP-2.

Ohvale collaborated with Spanish brake manufacturer J. Juan on the GP-2's braking system. The front features a 4-piston radial caliper and a 220mm brake disc, along with a new pump. Riders will also control it with a new, longer, adjustable brake lever. Wheels on the GP-2 also jump from the 10-inch units found on the GP-0 up to brand new 12-inch units.

Since the GP-2's proportions have changed so significantly, Ohvale also adjusted rider ergonomics and positioning of everything from the saddle to the footpegs. The current plan is to go into production in January, 2021, and you’ll be able to order them starting from a cost of 6,300 euros (about $7,718) each.

The Exhaust From Marc Marquez's Race Bike Is Up For Grabs