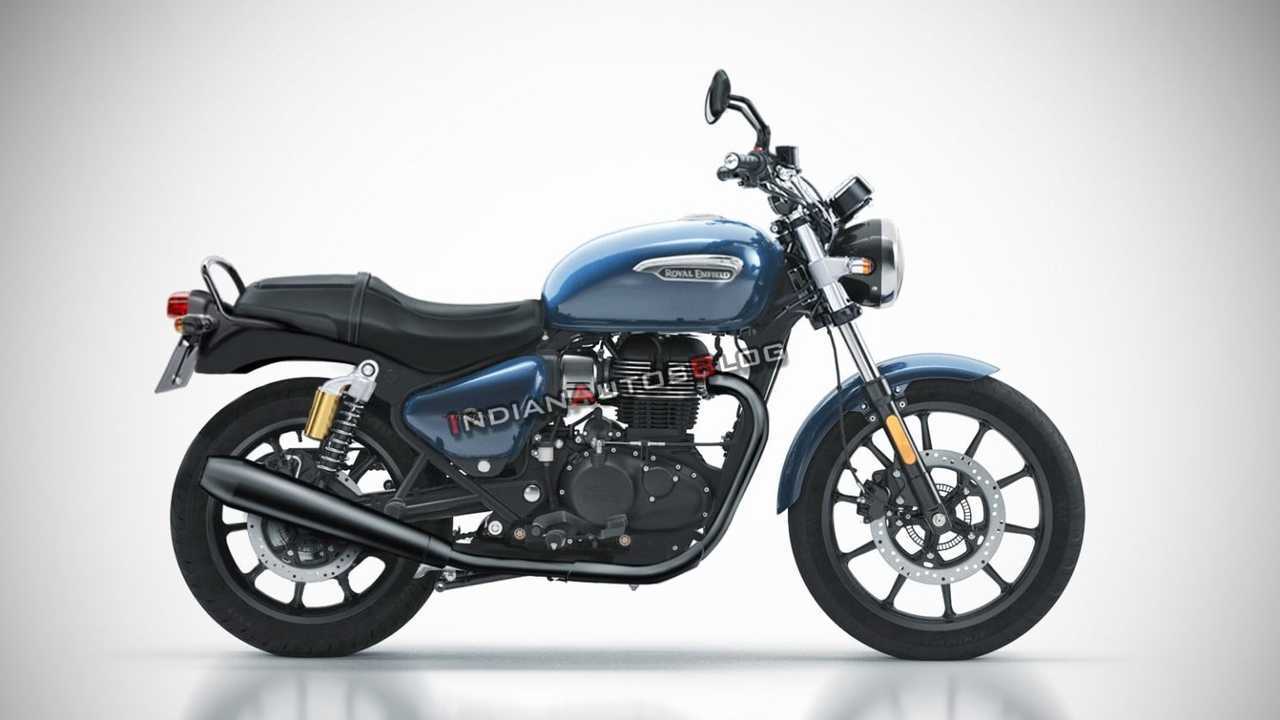 In mid-December, the Indian moto media captured spy shots of what appeared to be a Royal Enfield Interceptor 350 testing near company headquarters. While the pictures only revealed the rear end of the potential new model, elements like the small grab rail and classic brake light seemed like direct transplants from the Interceptor 650. Though Enfield hasn’t acknowledged or addressed the images officially, that didn’t stop Indian Autos Blog’s Shoeb Kalania from envisioning the Interceptor 350 with a digital rendering.

It’s almost a foregone conclusion that the new entry-level standard would be based on the recently announced Meteor 350. Using the little cruiser’s chassis, wheels, engine, and headlight as a base, Kalania picks-n-pulls a few parts from the ever-popular Interceptor 650 model. The handlebars, instrument cluster, rear dual shocks, and exhaust make the jump from the 650 twin. Of course, the rear grab rail and brake light also make the rendering and pull the imagined 350 directly into the Interceptor’s design language.

While Kalania took what he could from existing models, the digital artist had to use some talent and educated guesses to come up with the seat and gas tank. Unlike the Interceptor 650’s flat bench seat, the rendering receives a stepped version that nearly matches the silhouette of the Meteor’s saddle. For the gas tank, he fashioned a new shape that takes the Meteor and Interceptor family design cues into account.

The rendering also splits the difference in the foot control department with the mid-positioned pegs not as far forward as the Meteor nor as rearward as those on the Interceptor. With the parts all in place, Kalania bathed the digital bike in blue and slapped on the Royal Enfield logo found on the Meteor 350’s Supernova trim.

Our colleagues at GaadiWaadi believe the brand will unveil the Interceptor 350 in early 2021 and it would compete directly with the Honda CB350 H’ness and Jawa 42. Regardless of the time frame, if the Interceptor 350 looks anything like Kalania’s rendering, it’ll have a fighting chance in a crowded market.

Jawa Sold 50,000 Bikes In India Over The Past Year