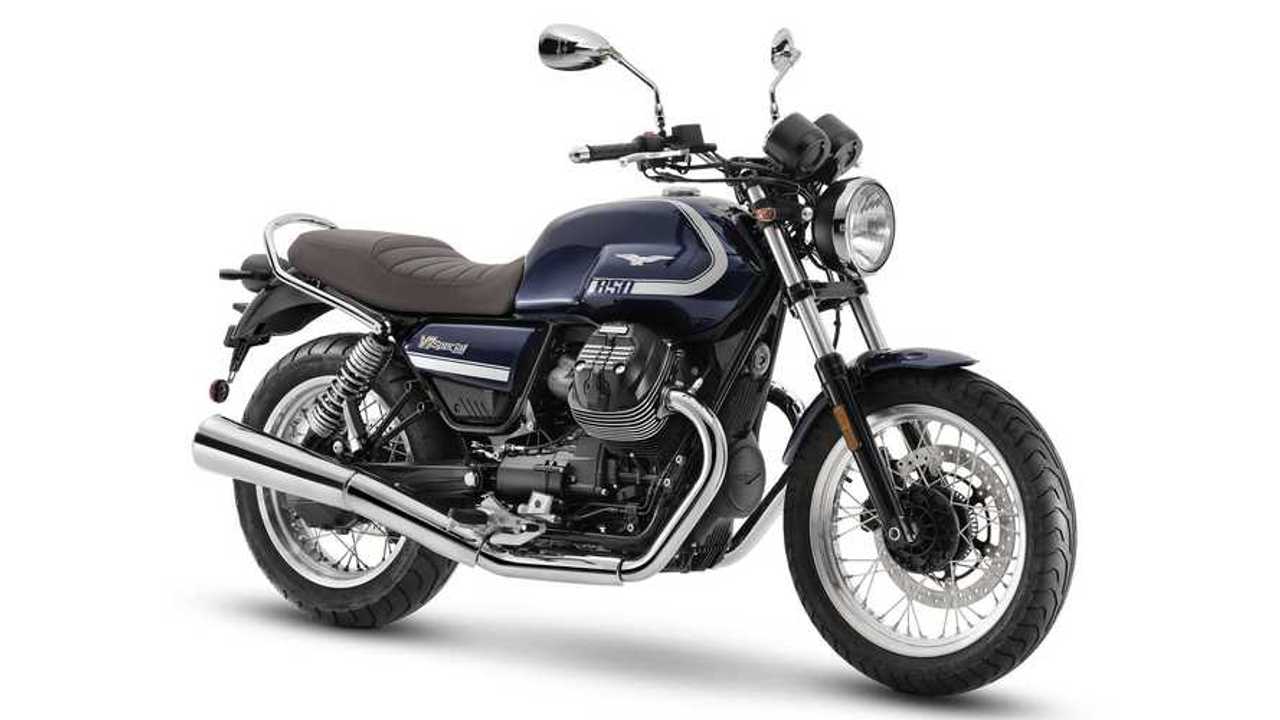 No IV, thank you very much.

Talk about a last-minute surprise! Just in time for the Holidays, Piaggio revealed a little something the Moto Guzzi enthusiasts will want to put under their tree. For 2021, the Moto Guzzi V7 and its famous transversal, 90-degree V-twin receive a significant number of changes and upgrades, including a bigger displacement and more power.

Aesthetic and structural changes are significant yet subtle to the naked eye. For instance, Guzzi says that it added “steel elements” in the headstock area. On top of the headstock, the V7 receives a new instrument cluster. The headlight and taillight were redesigned—so were the side panels, rear mudguard, and exhaust tips. The driveshaft and rear wheel are larger while the rear shocks were swapped for sturdier Kayaba units. The bike also gets LED lighting all around.

The 2020 four-model lineup that included the V7 III Stone, Stone S Rough, and Racer 10th Anniversary is now down to only two. Returning for 2021 are the V7 Stone and Special versions. Notice that Guzzi also dropped the Roman numerals, which until now were used to identify the V7’s “stages of evolution” since its inception in 2008. Despite the various updates and editions, the engine remained at 744cc for well over a decade.

Piaggio has yet to confirm the 2021 Moto Guzzi V7’s pricing and availability in North America.