This KTM 500 SX-F Is A Dream Flat Track Machine 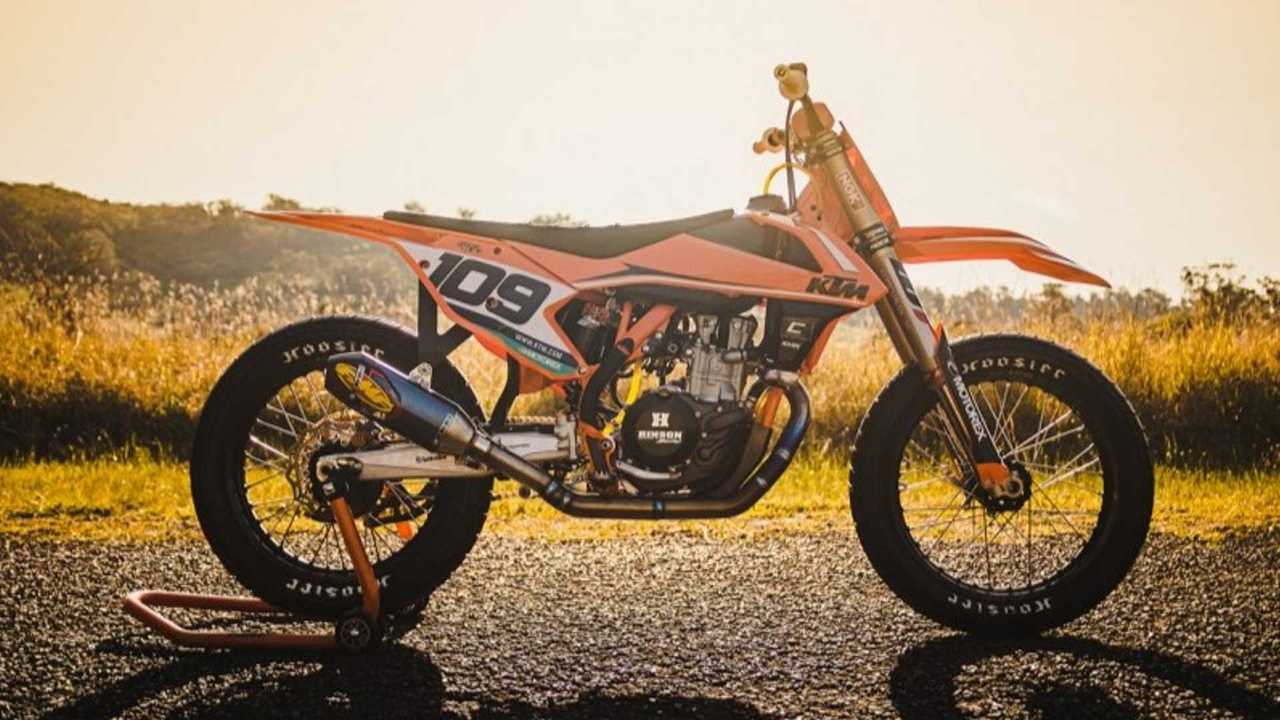 Ready to get sideways and dirty.

We are all well aware that KTM makes some of the most off-road capable motorcycles the world has ever seen. Everything from their lightweight enduro machines to their monstrous 1290 Super Adventure R has been meticulously engineered to provide the most exhilarating riding experience possible.

What happens, then, if you take one of KTM's already capable off-roaders, say the 500 SX-F, and modify it to compete in flat track racing? Well luckily, the folks at BikeBound have the answer from one of the most badass flat track builds I have ever seen. The bike in question started life as a 2018 KTM 500 SX-F. Built by Michael Carusi, all the way in the Land Down Under, this bike started out as a race chassis that was later put together with the intent of making it a flat track racer.

Michael Carusi built this bike extremely meticulously, combining parts from the KTM 450 SX-F bike as well as the EXC-F 500cc machine. That being said, Michael used a combination of engine parts from these two biikes to create a bespoke beast of an engine. Described as a "best of both worlds" flat tracker, this bike is a combination of motocross and off-road spec parts which have been raced and tested by Michael Carusi and his team over the past years.

Going into further detail, Carusi injected a touch of MX style into his flat tracker build. His bike features titanium bolts throughout the entire bike, a feature found in a lot of MX bikes. Of course, adding titanium bolts not only reduces weight and increases strength, but also makes for a pretty sick aesthetic, giving the bike a subtle and classy touch of bling. To top it all off, the bike features a custom exhaust pipe with an FMF silencer.

Given the attention to detail that was put into this build, it goes without saying that it is one of the flashiest flat track builds out there. I honestly wouldn't want to ride this bike off-road out of fear of ruining this amazing piece of art. Nonetheless, this bike, given its performance upgrades, will surely shred the track.

Photography by Andrew Jones of Machines That Dream

The Best Roads Are Off-Road:

All The New Dirt Bikes Coming In 2021