Bimota KB4 Is Busy Testing And Getting Ready For 2021

This KB is no mere toy.

As we enter the December holiday season, we’re also quickly coming up on an even more magical date. What’s that, you ask? As of the time of writing, at least, Bimota has big plans to unleash its KB4 on the world in April, 2021. That’s not very far off now.

While we can’t absolutely promise that it isn’t some kind of April Fool’s joke, it does appear that Bimota is moving right along in testing. The rascals from Rimini posted both an official photo and video of a KB4 test mule working on dialing in its ABS on its official Facebook page.

In this short clip, the weather doesn’t look perfect for riding. Rather than conditions that are fully wet or dry, the ground looks to be damp but drying—which is typically when things get extra slippery. Even if it isn’t the greatest riding weather, it’s pretty ideal for ABS testing. If you were an OEM looking to get back into the game after a long absence, wouldn’t you want to do everything you could to test your bike in multiple weather conditions?

One thing’s for sure: that Kawasaki 1,043cc inline four from the Ninja 1000 sounds pretty nice, even if we only hear it for an incredibly short burst of time. Still no word yet on what (if any) tweaks Bimota may have made to it for use in the KB4, but that just gives us one more thing to look forward to learning.

We don’t know when in April Bimota plans on the launch, but if it sticks to that schedule, we’re now less than six months away from that happy date. While you can indeed see a little peek at the front fork in the photo, we also have yet to learn anything about suspension specs, or indeed any other technical details that will come in this particular package. Still, the purpose of little glimpses like this is to intrigue and make us eager to learn more—and in that case, Bimota has succeeded. 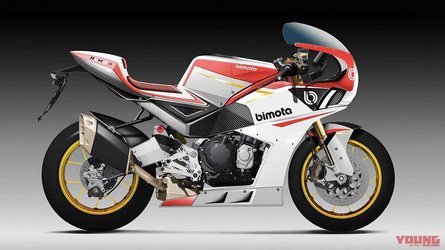 The New Bimota KB4 Spotted Out In The Wild 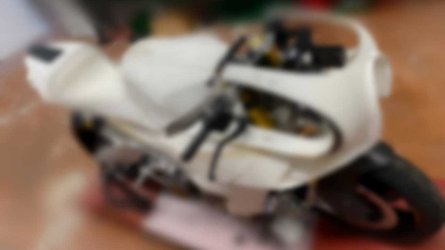