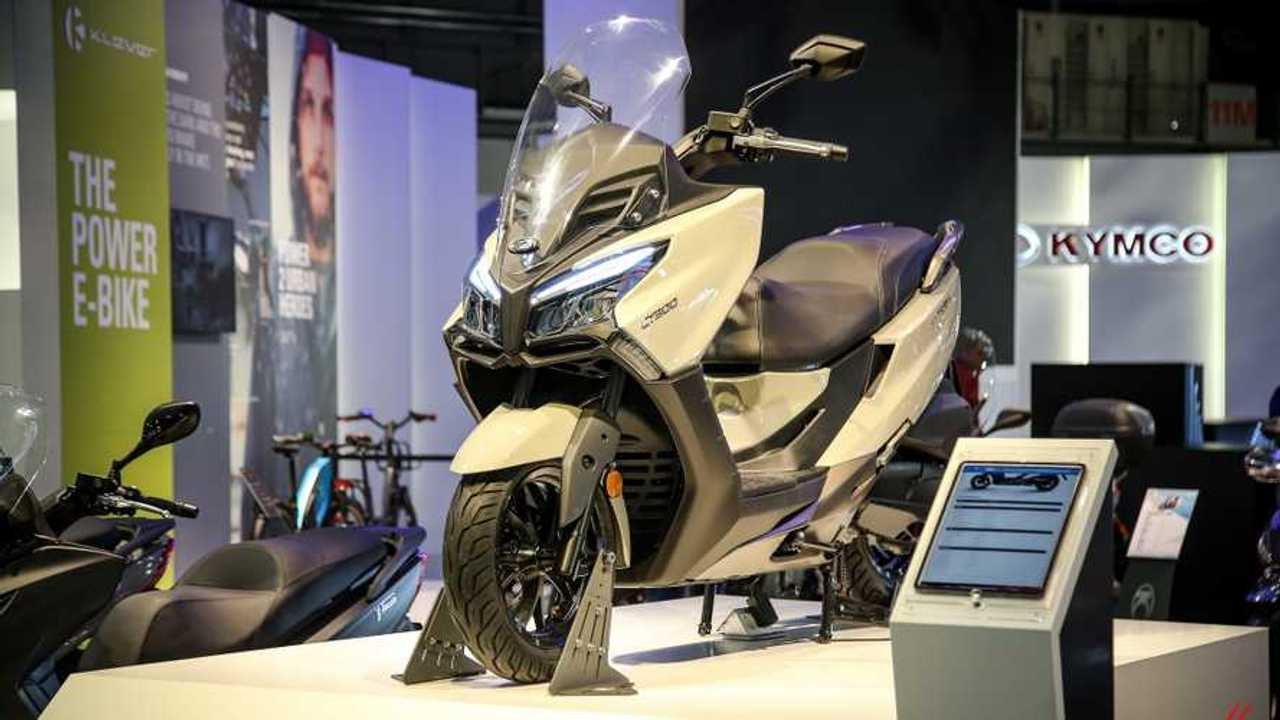 Things will be great when you're downtown.

Over the past decade or so, scooters have become bigger, better, faster, and most importantly, safer. In developing countries like the Philippines, a growing economy has afforded more people the buying power to upgrade from their small 125cc-class scooters. Naturally, being accustomed to the comfort and ease of use of scooters, maxi-scooters are a very appealing option to upgrade into.

Kymco is largely responsible for the rise in popularity of maxi-scooters thanks to its range of x-citing, pun intended, mid-displacement scooters. In a virtual launch event held last week, Kymco Philippines Incorporated dazzled a virtual audience with energetic musical performances and raffle prizes with the star of the show being the launch of 2 new maxi-scooters for the Philippine market.

The new X-Town CT300i gets revised aesthetics, featuring a more prominent fascia and chiseled body panels. It’s powered by a 276 cc single-cylinder engine which churns out the better part of 22 hp and 22 Nm of torque. These power figures make it a capable tourer, especially for tackling national highways and long stretches of provincial roads.

The X-Town CT300i also features Kymco’s class-leading Noodoe technology, which further bolsters this scooter’s long rideability. For the unfamiliar, Noodoe enables the rider to connect his or her device as well as access several functions such as navigation and toggle menus through the scooter’s built-in display. The Kymco X-Town CT300i is on offer at a special introductory price of just P219,000 which translates to $4,380 USD, with its SRP at P229,000, or $4,580.

Kymco has also unveiled the new DownTown 350i, which bears a more subdued appearance, as opposed to the X-Town’s aggressive styling. For starters, the DownTown, which boasts a 320.6 cc single-cylinder engine, pumps out a meaty 31 hp and is equipped with a CVT transmission. Its 12.5-liter fuel tank enables it to travel long distances, as well, and dual-channel ABS keeps the scooter composed even under emergency braking.

On top of this, the new DownTown 350i is equipped with a traction control system, further ensuring the scooter’s safety and stability across various road conditions. With an SRP of P259,000 or the equivalent of $5,180 USD, Kymco is offering the DownTown 350i at a special introductory price of just P249,000 or just $4,980 USD.

Cycleweird: This Is The Vespa 150 TAP

The Vespa Racing Sixties Edition Is Coming To India Next Month
++