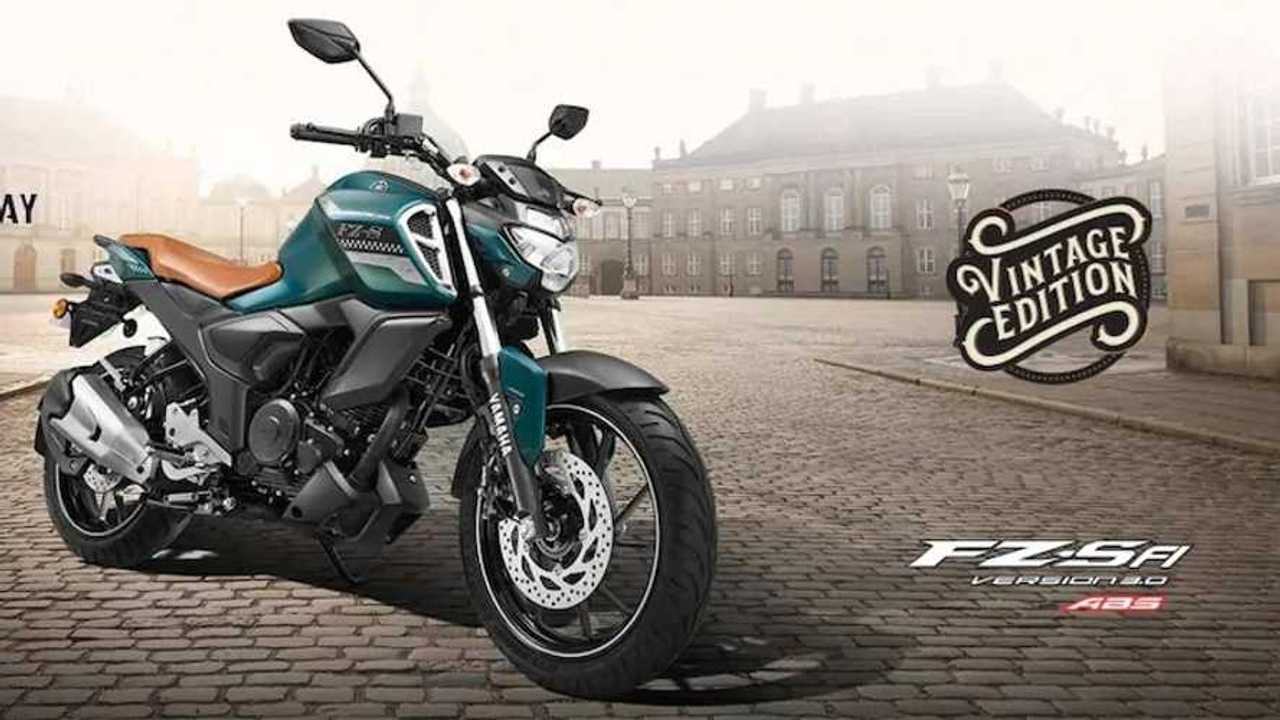 Yamaha has unveiled a special edition variant of its popular street bike, the FZ-S FI, for the Indian market. Dubbed the Vintage Edition, the relatively modern-styled naked bike gets a unique color scheme that hearkens back to design cues of the 1970s.

Unsurprisingly, as far as retro aesthetics are concerned, the FZ-S FI is a far cry from Yamaha’s gorgeous XSR155. But that doesn’t mean this affordable naked bike isn’t any good. Beneath the seemingly misplaced retro paint scheme lies a pretty capable machine laden with technology. For starters, the FZ-S FI comes equipped with Yamaha Motorcycle Connect X Bluetooth technology which allows riders to remain connected to the world whilst displaying additional vehicle information via a mobile app.

The Yamaha FZ-S FI also feature an LED headlight and an LCD instrument cluster with a display whose colors have been flipped to give a darker appearance—think of night mode on your iPhone. Lastly, the Yamaha FZ-S FI Vintage Edition gets a lower engine fairing which doubles as a mud-guard for the front wheel.

Now as far as power and performance is concerned, the Yamaha FZ-S FI is a pretty capable machine. Equipped with a 149cc air-cooled, four-stroke, single cylinder engine, the entry level naked bike pumps out an adequate 13 horsepower at 7,250 rpm. This means it’s equally at home puttering around town and going on spirited rides along the mountainsides.

The Yamaha FZ-S FI comes in quite a variety of options ranging from the Dark Night edition which we covered a few weeks back, to the barebones standard version. As far as the Vintage Edition is concerned, it comes with a sticker price of Rs 1,09,700 — a premium of Rs 5,000 over the standard version.

Indian And Italian Bike Sales Up In November 2020