This Moto Guzzi California 850GT Was A German Police Bike

Whatcha gonna do when the Polizei come for you?

When most people think of California police bikes, they immediately think of the Kawasaki KZ1000s that Ponch and Jon rode on CHiPs. This particular one is a bit unique, however. "California" is simply the model name, which Moto Guzzi has used to designate their cruiser models since 1971. It is a former police bike, though—not in the US or Italy, but in Germany.

According to its listing on Bring a Trailer, this 1974 Moto Guzzi California 850GT was a German police bike in its past life before being imported to the US. Evidence still remains of its history. The dashboard has many extra controls and indicator lights for the lights and siren it used to have. While that equipment is long gone, one switch still flashes the rear turn signals as warning lights, since that function is legal for civilians. Its ignition switch is below the seat on the left rather than on the dashboard, and the bike has an extra-long side stand so officers can get on and off easily.

This example is a decent runner with a fair bit of recent work, though it's not perfect, either. The gas tank has been repainted at some point, poorly. The front fender has a few dents on top, which I can always imagine occurred while Polizei was breaking up an Oktoberfest brawl back in Germany. The light switch has a broken tab, and the right turn signal is difficult to operate. This is all pretty minor and to be expected with a bike this old and with such an interesting history. It's still in great shape for its indicated 84,000 kilometers (about 52,000 miles).

Interestingly, the California line, which continues to this day, began as a design in consultation with the Los Angeles Police Department Traffic Division to replace the department's Moto Guzzi V7s. It's called the California in honor of the design's origins there. The modern version is a far cry from this example, but this 850GT model is where it all began.

Transverse V-Twins For The Win: 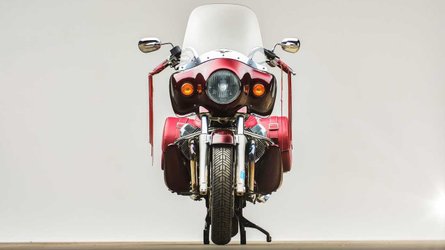 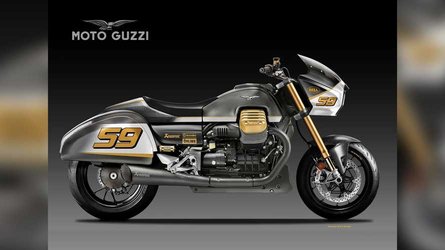