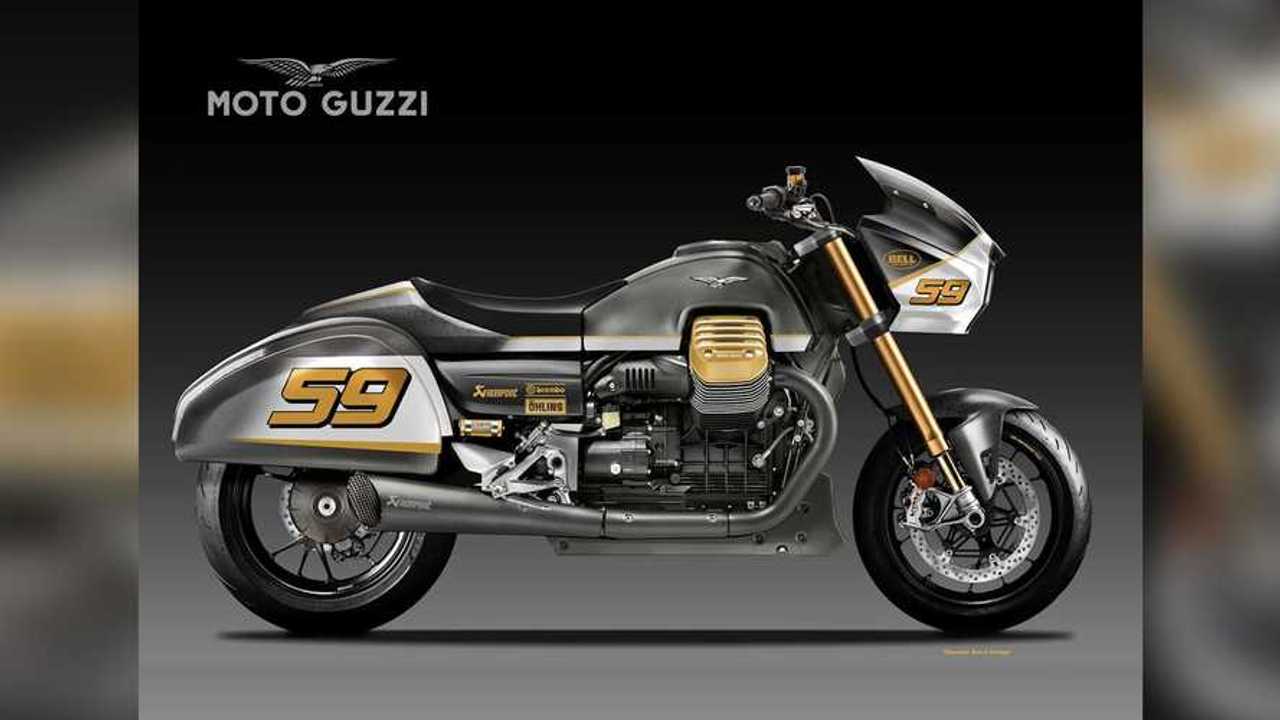 We’re just talking here. Those who think that the King of Baggers race should strictly remain an American thing don’t need to get up in arms. As far as we know, Guzzi and parent company Piaggio haven’t manifested any interest in entering the competition. Yet.

No, we’re pondering the question over because of an Oberdan Bezzi creation that shows us what could be; a track-ready Moto Guzzi race bagger.

If you haven’t heard of the King of Baggers race, you missed out. At the end of October, 2020, a roster of custom shops put their modified Harleys and Indians on the track for the ultimate heavyweight race. S&S Cycles kicked everyone’s butt and took the win with its modified Indian Challenger and racer Tyler O’Hara in the saddle. Will there be a 2021 edition of the race? We don’t know yet but we sure hope so.

The kind of silly but definitely badass competition inspired Bezzi to imagine what an Italian race-ready bagger would look like. He used the muscular Moto Guzzi MGX-21 as a base and turned it into a worthy opponent for the well-established American baggers.

The MGX runs on a 1,380cc V-twin rated at 96 horsepower and 89 lb-ft of torque which is a bit underwhelming when you compare it with the Indian Challenger that uses a 1,768cc twin that produces 122 hp and 128.8 lb-ft of torque. However, considering the bikes go through a customization process before hitting the track anyway, that means that with a bit of creativity, the Guzzi could become competitive.

Bezzi explains that in his design, the Moto Guzzi’s engine is beefed up to 1,700cc and produces around 160 horsepower. Now we’re talking! He details how replacing some of the components with racing hardware would help reduce the bike’s hefty 785-pound weight by 130 to 150 pounds.

He also widened the bike’s rake angle to create a shorter wheelbase, replaced the straight pipe exhaust with a shorter, Akrapovič unit, replaced the touring-friendly saddle with a flat seat, removed the pillion, and moved the foot pegs toward the back to create a more aggressive riding triangle.

The result is one angry-looking MGX that’s ready to take on the Harleys and Indians of this world. We’re of the opinion that the more bikes enter the competition (should there be another one), the merrier and we’re definitely curious to see whether European muscle can hold its own.

How Do You Win A Bagger Race? Indian Rider Tyler O'Hara Tells Us.
⠀