How Do You Win A Bagger Race? Indian Rider Tyler O'Hara Tells Us. 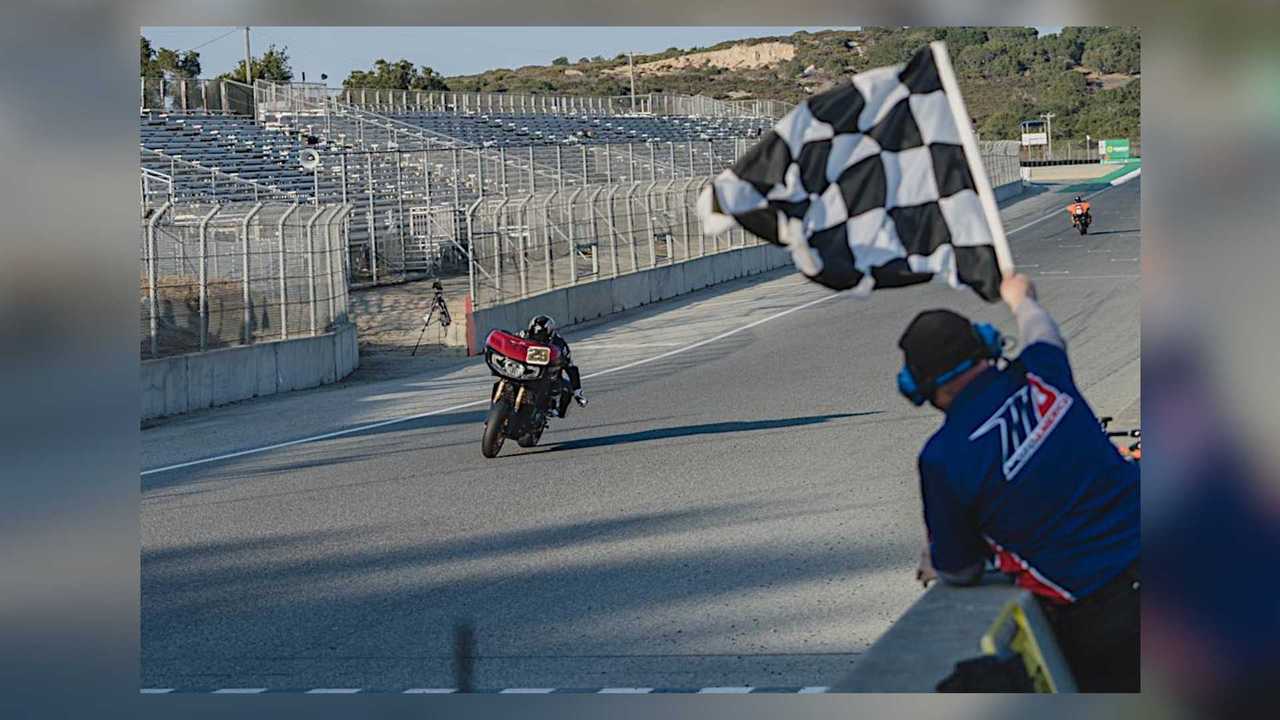 Who had a great time? This guy.

2020’s inaugural King of the Baggers race may be over, but Tyler O’Hara, S&S Cycles, and Indian Motorcycle are still busy celebrating their first-ever win. It’s interesting to see how perceptions of the very idea of bagger racing have shifted over the course of the past year, as well—from “you have to be joking” to “hey, it’s 2020, can we please have some fun now?”

Fun was, indeed, had—both by the racers and teams involved, as well as the people watching the race weekend unfold at Weathertech Raceway Laguna Seca in October, 2020. In fact, when I sat down and chatted with race winner Tyler O’Hara about the weekend, he said that the fans in attendance were some of the most excited that he’d seen in his career.

Coming from a racer who’s been competing across multiple disciplines since 2005, that’s no small statement. O’Hara is probably best known for the nine AMA Pro Road Racing XR1200 Harley-Davidson race wins he has under his belt, but he’s also experienced in motocross, supermoto, and sportbike racing. Somewhere along the way, he also found time to chalk up two wins at Daytona.

King Of The Baggers Is Fielding Some Seriously Talented Racers

If it has two wheels and it’s fun, O’Hara wants to race it. Can you blame him? When asked how different it was preparing to race that S&S Cycles Indian Challenger at Laguna Seca, he said one big difference was in how he trained. He did a lot more weight training, working on building several additional pounds of muscle that he probably wouldn’t have done to race, say, a sportbike. Given the substantial weight difference between machines, it’s easy to understand why.

To get himself acclimated to the bike ahead of time, Indian sent O’Hara a stock Challenger so he could get used to the feel of the thing. Now, clearly a problem with taking stock baggers around Laguna Seca is going to be ground clearance. As you probably already know, S&S Cycles and all the other teams setting up bikes worked hard to remedy that issue. Suspensions were adjusted, exhausts were rerouted, and plenty of other tweaks were applied to get the bikes right for this level of competition.

What about engine changes, though? O’Hara said that S&S changed the tune a little bit, and used a different crank—but by and large, the engine he won with was mostly stock. Weight reduction and ergonomics were also major areas of concern, of course. Overall, while racing this bike was definitely a different experience to anything O’Hara had raced before, he said he was pleased with how it all came together.

Evidently, so were a whole lot of people. While there’s no official word just yet, O’Hara said that it was so well-received there’s a whole lot of talk about 2021. King of the Baggers might even be more than a single race next year, if all the stars align. Probably not a full-blown season, but a mini-cup type of series, maybe three races or so at key tracks around the U.S. Above all, O’Hara observed that the level of enthusiasm was kind of like NASCAR. Given how motorcycle racing enthusiasm has been dropping in this country for years, he said, it seems like a positive development.