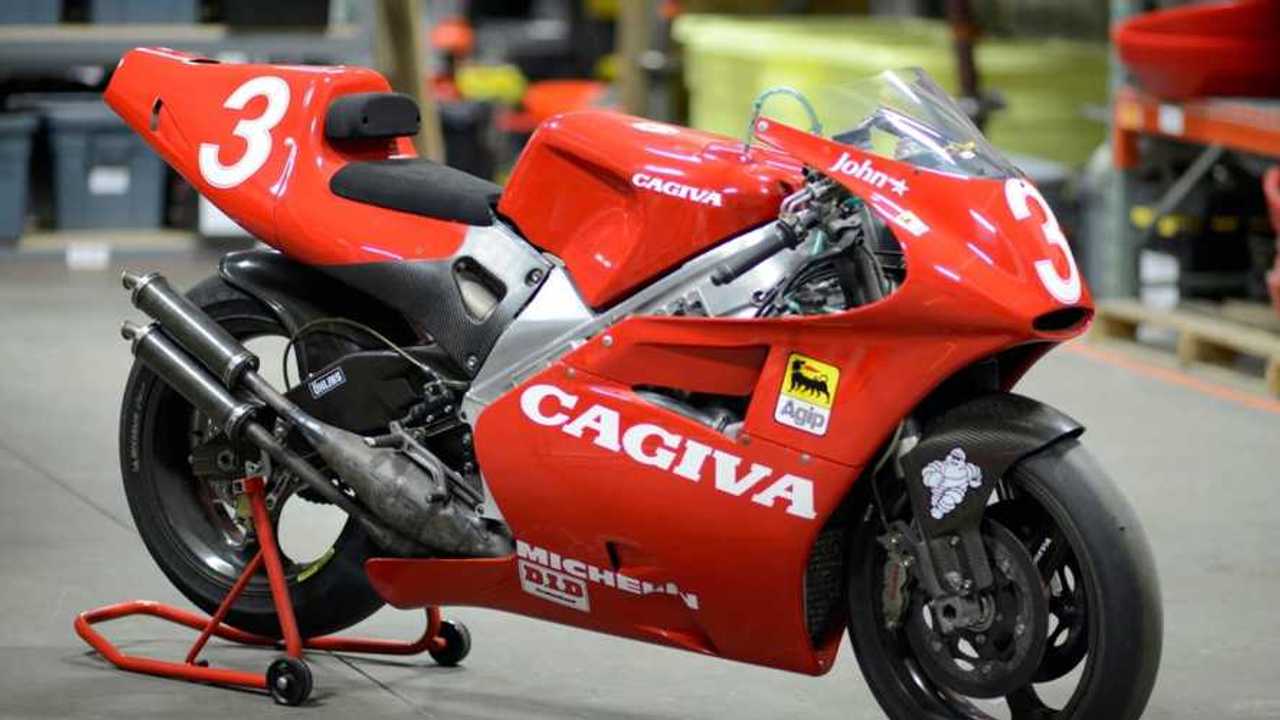 In the 1990s, Cagiva was David to the Japanese Goliaths of Grand Prix racing. Sure, they got some help from Yamaha in the 1980s, but by now the small Italian company was truly on their own, trying to compete with the big boys. What Cagiva didn't have in size they made up for in passion and built a bike that could have won the 1995 championship if they hadn't run out of money. That bike is this V593, currently up for auction.

The name "John" prominently displayed on the fairing is for John Kocinski, who rode this bike to several race wins including Laguna Seca in 1993, which was to be the last Grand Prix race in the US for 12 years. It features a two-stroke 500cc engine producing 200 horsepower. Weight reduction was the name of the game. That engine is made of a lightweight magnesium alloy. Major structural components, such as the wheels, brake rotors, swingarm, and fork uppers, are made of carbon fiber. While somewhat common today, this was bleeding edge technology in 1993. The result was a bike that weighed less than 200 pounds.

Motorcycle.com rode this exact bike back in 2015. Aside from a hesitation around 9,000 RPM, the bike's acceleration was positively explosive, something no four-stroke engine can provide. John Kocinski, however, thought the powerband was V593's weakness, not its strength. In his opinion, the bike's agility and steering were its strengths. He was already winning races in its current form, though. With a bit more work, however, this bike, and the slightly modified V594 that replaced it, would have put him in an excellent position to win the championship, if only Cagiva hadn't run out of money.

Whoever buys this bike probably won't spend much time flogging it at the track. More likely it will be part of a collection. As the great philosopher Indiana Jones said, "It belongs in a museum."

A visual tribute to Claudio Castiglioni