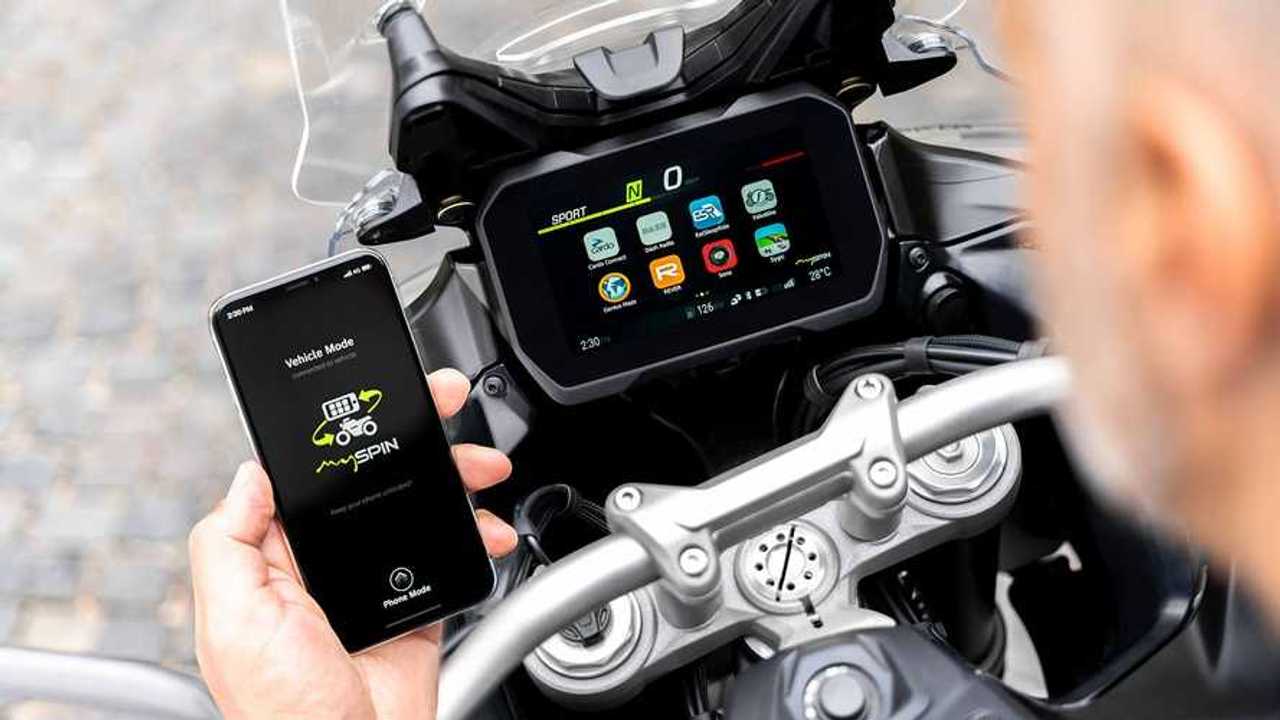 If a car manufacturer somewhere introduces new technologies, chances are that a few years down the road, motorcycle makers will adapt them to their needs. Think ABS, cruise control, Bluetooth connectivity, blind-spot monitoring, etc.

Some of the more recent car innovations some bike makers are currently considering include airbags and emergency braking. Adaptive cruise control was also on the list but recently became a reality when BMW and Ducati both introduced the technology to their lineups.

The next car-inspired feature we’re apparently getting is the split-screen display. German tech company Bosch announced the introduction of a new 10.25-inch TFT display with split-screen functionality with Bluetooth connectivity and mySPIN app compatibility. Sure enough, the system was previously only available on premium cars, Bosch writes.

The concept of the split-screen, as the name suggests, is to show two “screens” on the same display. In cars, the split-screen (with either two or sometimes even three sections) showcases such information as navigation, radio station, time, fuel economy, climate controls, etc. The motorcycle version of the technology will allow the rider to display the GPS at the same time as the settings menu or the odometer at the same time as more performance-oriented data such as G-forces and oil temperature.

This isn’t exactly the first motorcycle split-screen. For instance, Indian's Ride Command system offers a split-screen functionality. That being said, all the information displayed comes from the same onboard computer while the Bosch system is “novel” in that the menu will display the mySPIN app information and functionalities as well.

“Our clusters in combination with mySPIN offer a new riding experience with more safety and convenience for motorcycle riders. For us, this is the next step in terms of connectivity for motorcycles”, says Bosch President of the Two-Wheeler & Powersports unit, Geoff Liersch.

According to the company, BMW, Ducati, and Kawasaki are set to introduce the app compatibility in 2021.