If the words “updated new RT” sound familiar, that’s because they are. It was only two years ago that BMW announced the introduction of an updated RT, now equipped with ShiftCam variable valve timing technology.

This time, instead of only the engine, BMW overhauled the entire bike, starting with the design. Designers reviewed the headlight and fairing’s shape, creating a more harmonious front end. The new headlight is full LED and features an optional “Adaptive Turning Light” function that lights around the bend rather than straight ahead. The side panels have also been slightly retouched. BMW claims that the updated fairing will enhance the bike’s "travel capability and dynamic performance.”

Behind the windscreen, the RT receives a new 10.25-inch TFT color display with integrated navigation and smartphone connectivity. The more tech-savvy riders can opt for the “Comfort telephony with extended smartphone connection” kit which adds a weatherproof, ventilated compartment in which a smartphone can be stored and charged wirelessly or using the USB port.

The most important addition to the bike’s list of features, however, is BMW’s all-new Dynamic Cruise Control, offered in standard equipment as well. The RT is the first motorcycle in the Bavarian lineup to receive the technology, pulling the carpet from under Ducati’s wheels.

Ducati already announced that the new Multistrada V4 is equipped with radars and feature adaptive cruise control and blind-spot monitoring. The thing is: the new Multistrada is launching on November 4. That's the industry equivalent of putting your towel on a beach chair at 6 am and going back to bed. You say you’re there, but you aren’t really.

With the introduction of the RT, BMW has crossed the finish line, a few weeks ahead of its Italian competitor.

Pricing and availability of the new 2021 BMW R 1250 RT will be announced at a later date. 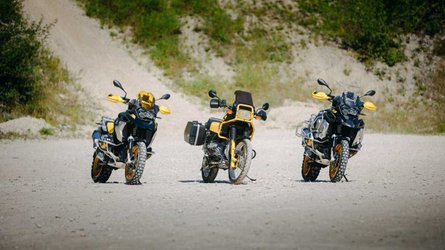 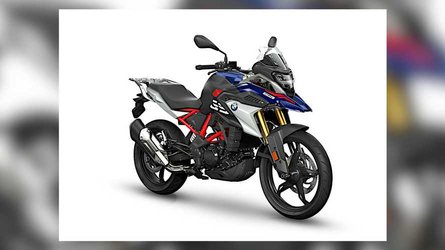