New Honda CRF250L And Rally Unveiled Ahead Of Launch 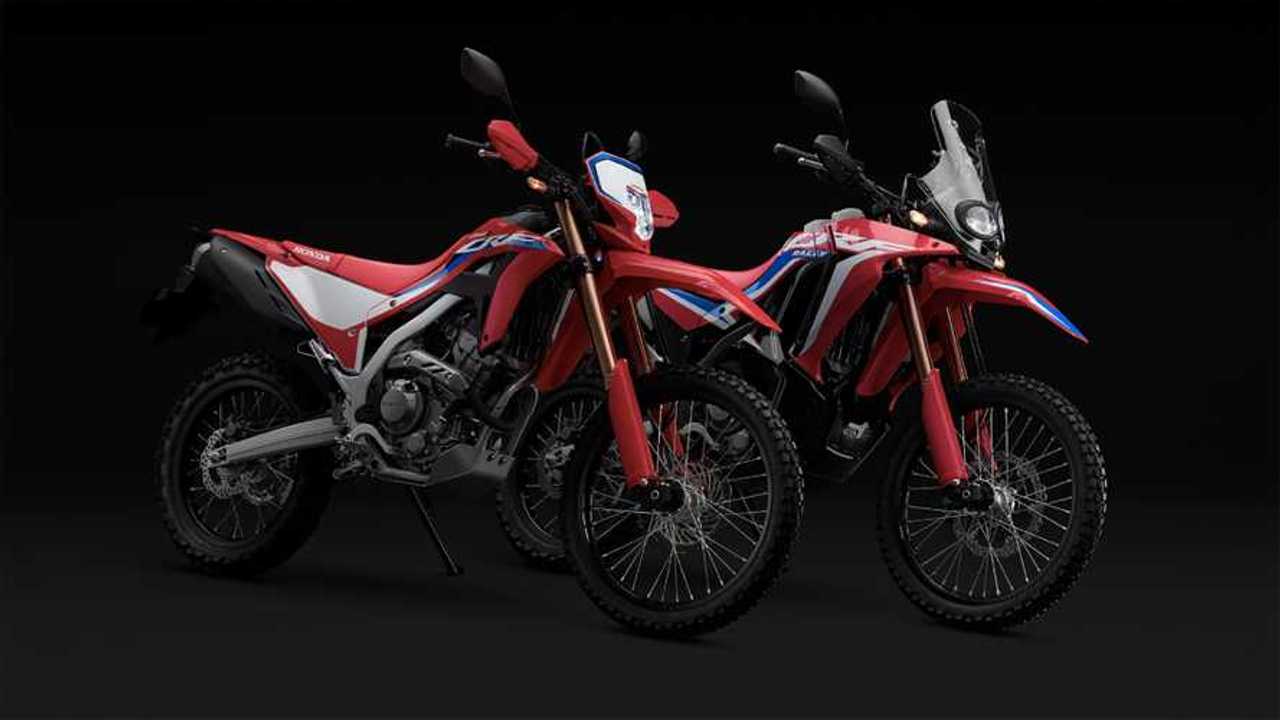 A first peek at the new bikes while we wait.

On November 13, 2020, Honda is going to unveil the updated 2021 CRF250L and CRF250 Rally. Instead of building the suspense up like it usually does, Team Red decided instead that for its two off-road halo products, it would show the goods ahead of their official debut.

Honda posted pictures of the upcoming new off-roaders on its Japanese website to give us a peek at what’s new for 2021 while we wait for the full rundown.

At first glance, the changes visible to the naked eye are minimalistic at best. We can spot the most “obvious” updates on the CRF250L in the shape of the cowl, heat shield, and ankle plate, and in the addition of body-matching handguards, side covers, and a sump plate. The CRF250 Rally also gets the new heat shield, ankle plate, and side covers, but also a slightly taller windscreen. The asymmetrical dual headlight stays for 2021.

Honda claims that the CRF250s’ upgrades were inspired by its “Evolved On-Off Gear” principle (possibly a bad translation as the press release is only available in Japanese for the time being) which increases the bikes on and off-road versatility. This includes a new lighter, more rigid chassis, and improved suspension.

The maker also explains that it optimized the intake and exhaust systems to improve the bikes’ emissions, which should make them Euro 5-compliant. For now, there is no say whether these modifications will impact the engine’s performance. While U.S. power figures aren’t available, in Europe, the current CRF250L is rated at 24.8 horsepower and 16.7 lb-ft of torque.

Early rumors out of Japan suggested that Honda was planning to rebrand the CRF250L as a small Africa Twin. By the looks of it, it won’t be the case, at least not with the 2021 model-year—though that CRF250 Rally already looks the part.