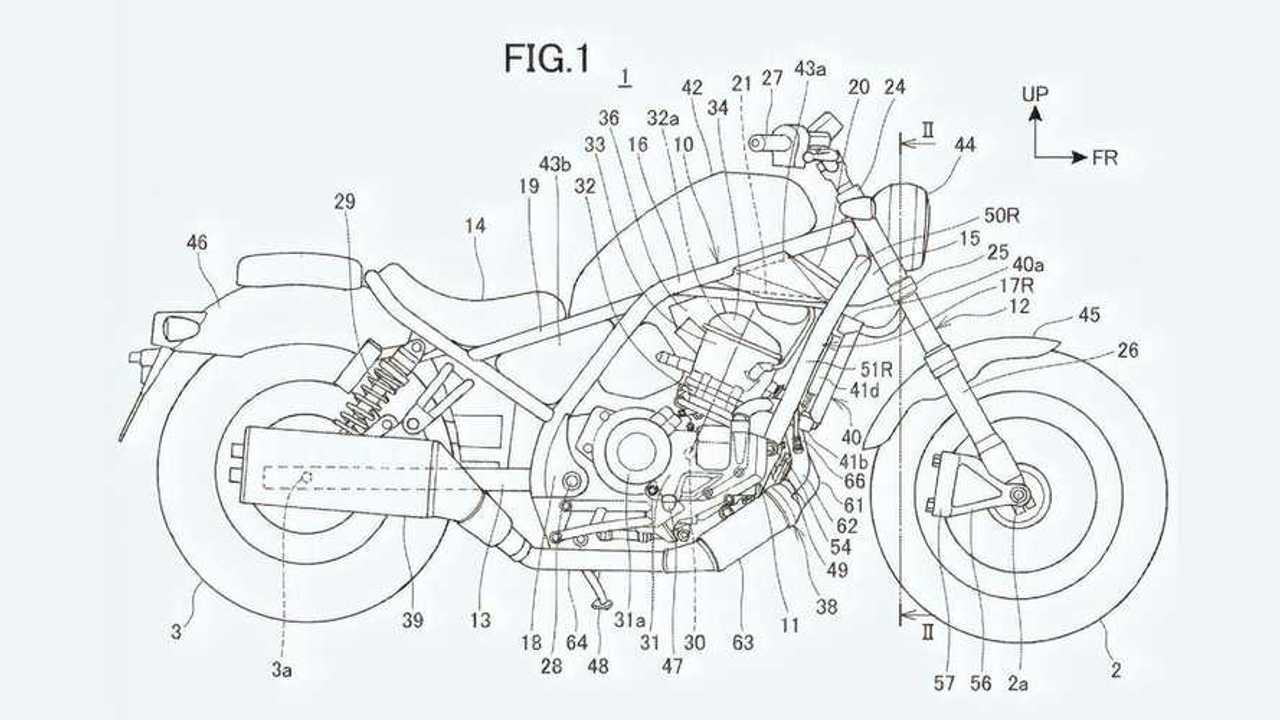 A first glimpse at the potential model.

Roughly 50 years ago, back in March, 2020, a rumor surfaced that Honda was planning to use the upgraded CRF1100L’s engine to create a big-bore Rebel. The rumor was brought forth by Japanese outlet Young Machine, a magazine that has a pretty good track record for breaking Honda scoops.

It gave us hope that there was more to this rumor than just hearsay.
Recently published documents brought the rumor back to life after months of silence. If you were on board with the idea of a one-liter Rebel, we (sort of) have good news for you. From a simple rumor, the motorcycle is now detailed in a patent.

Rumors of a big Rebel aren’t exactly new. There was already talk of an Africa Twin-powered cruiser back in 2018 but nothing ever came of it. Now that Honda has a shiny new 1,084cc parallel-twin to work with, the time seems about right to bring the Rebel 1100 project back to the table. This patent is the first time since rumors of the bigger Rebel surfaced that we get a confirmation from Honda that the model is in development.

The two recently-published patents focus on engine mounts, an exhaust sensor, and a rear suspension set up, but both documents feature renders of what is undeniably a Rebel. As for the engine, a few clues point to the 1100 twin.

From the side, the engine layout is similar to the Africa’s. Compared to other twins in the lineup, the engine in the renders doesn’t have the 470cc twin’s dual overhead cam feature or the 670cc and 745cc twins’ quirky 55-degree tip forward. From the front, we also notice that the clutch lever is missing which suggests that the bike might be equipped with a dual-clutch transmission (DCT).

As the folks over at Motorcycle.com also pointed out, the Rebel in the patent is larger compared to the current 500. Looking at the front-facing drawing, the fuel tank, engine, and radiator are significantly wider. They also mention that the document seems to indicate that the model is closer to production than we think since things like exhaust sensors are usually toward the bottom of the to-do list.

While we’re still only at the stage of patents, it looks like the Honda Rebel 1100 could finally become a reality, and sooner rather than later.