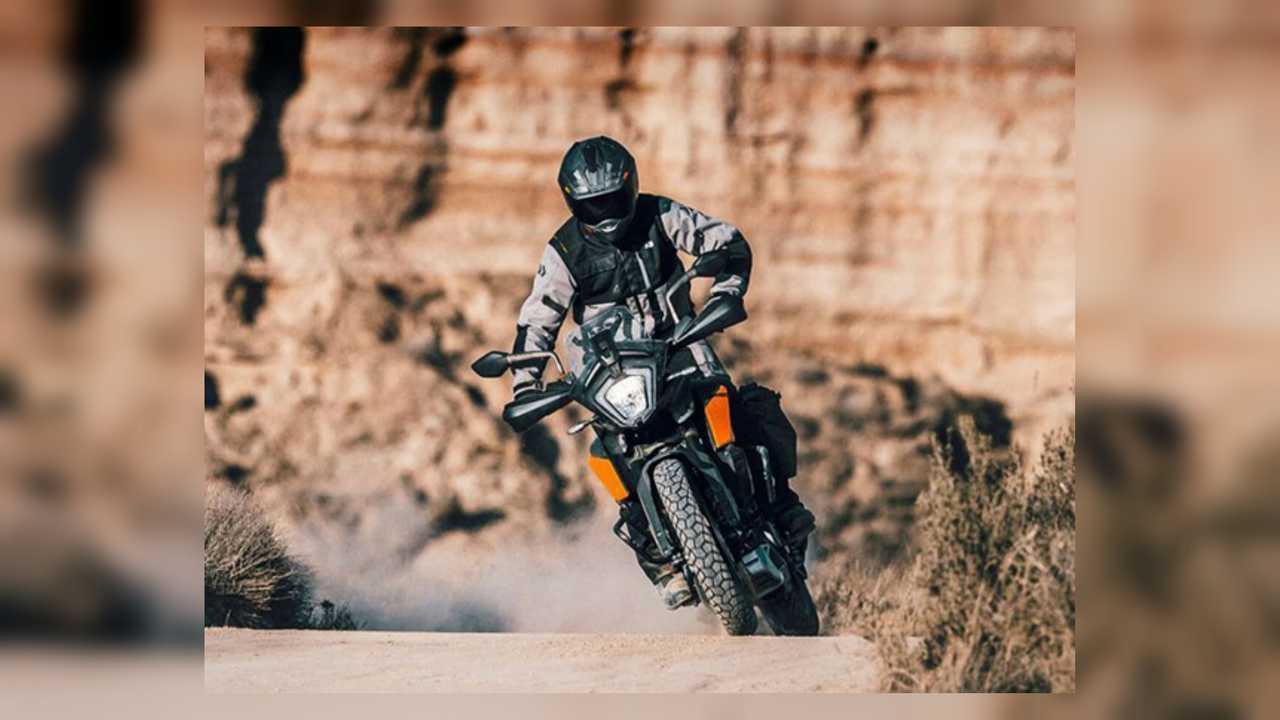 Ever since a KTM 250 Adventure test mule was spotted on the road in India, rumors that the Austrians’ smallest adv was heading for the continent have been persistent.

A leaked picture from a dealer presentation published by ZigWheels seemingly confirms that the new entry-level adventurer will indeed be added to KTM’s Indian lineup sooner rather than later. A few weeks ago, the word was that the 250 would launch in October, 2020, something several local sources have since confirmed.

The model is currently available in such markets as Indonesia which gives us some insight into what we can expect. Considering the bike is a recent addition to the Southeast Asian market, chances are that it will launch in India with the same specs and features.

The engine is the same as the one used by the 250 Duke—a 248cc single rated at 30 horsepower and 18.4 lb-ft of torque and paired with a six-speed transmission.  The block is encased in the same frame as the bigger 390 Adventure supported by the same inverted front fork and rear shock. Perhaps the biggest difference between the 250 and the 390 is the headlight, which is a halogen unit on the smaller ADV instead of an LED like on the 390.

Behind the screen, the 250 should also receive a full TFT display instead of the Duke’s LCD screen, yet another feature borrowed from its big brother.  We will learn more about the newcomer after its official debut.

As for the North American market, with more off-road-friendly motorcycles selling due to the pandemic, maybe KTM will consider bringing the small adventurer stateside. After all, we did get the 200 Duke earlier in 2020—introducing the 250 Adventure wouldn’t be too big of a stretch. Of course, that’s only speculation since there are no clue pointing to a U.S. introduction but we can always hope.