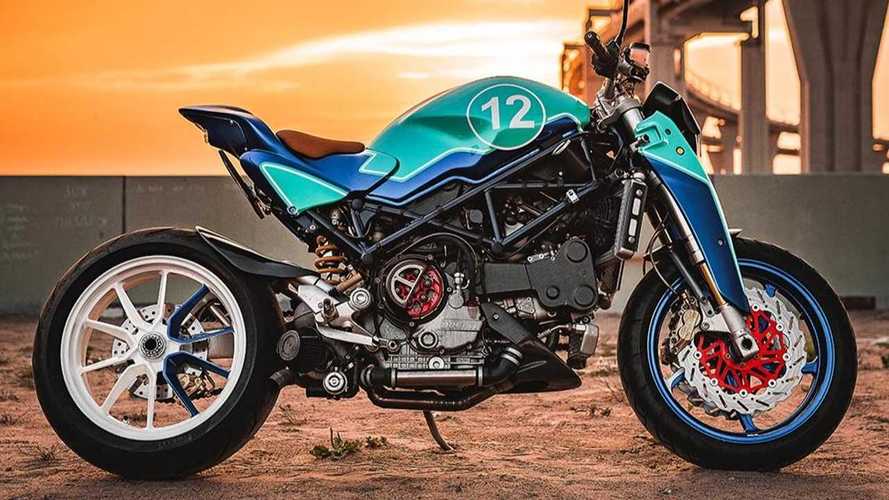 As motorcyclists, it is but natural to crave the sensation of speed and neck breaking acceleration every now and then. Although not necessarily the be-all-end-all of motorcycling, there are quite a few riders who consider power and performance the very ethos of riding a motorcycle. Evidently, the quest for maximum performance and speed would see riders upgrading to bigger and more powerful motorcycles designed specifically for going fast.

Indeed there are many motorcycles which are faster than a Ducati Monster—not to mention a Monster S4R from the early 2000s. Although packing quite a punch with its 996cc engine churning out a healthy 113 horsepower, absolute thrill seekers could be better served by a 600cc supersport from the same generation. But what happens if you want to keep the Monster, but make it one of the fastest and meanest Monsters out there? Well, meet Balamutti Workshop, a Russian motorcycle builder with an obsession for Italian machines. From Aprilia, to Bimota, and even Moto Morini, Balamutti has seen it all—and done pretty good work with these machines. However, it’s their latest creation which, quite possibly, could be their pièce de résistance.

Beneath this Ducati Monster S4R’s bespoke bodywork and eye-catching paintwork lies some pretty intricate fabrication and engineering. You see, this Ducati has been fitted with a Garrett GT35 turbo. Obviously, the stock 113 horsepower was underwhelming to this bike’s owner, and they opted to fit a forced induction system to give the 996cc mill a little more pep. Everything to ensure the turbo runs seamlessly with the engine was meticulously crafted. For starters, a new intake manifold was engineered, and a bespoke exhaust system was handcrafted specifically for this build. The Magneti Marelli ECU also received dedicated mapping to ensure optimum performance.

To put the power to the ground, the suspension was revised by way of a set of fully adjustable Showa suspension components. The brakes were also revised with new calipers and rotors, ensuring the bike’s ability to stop on a dime. Given the fact that the bike’s heavily upgraded engine could go unnoticed to onlookers, Balamutti ensured that this bike wouldn’t roll the streets without turning some heads. To do this, a set of carbon fiber parts were crafted to give the bike an aggressive yet sleek aesthetic. A set of fenders, chain guard, and open clutch cover were fabricated. A set of eccentric fork covers give the bike a very unique front end, and the turquoise and blue livery give the bike a life of its own.