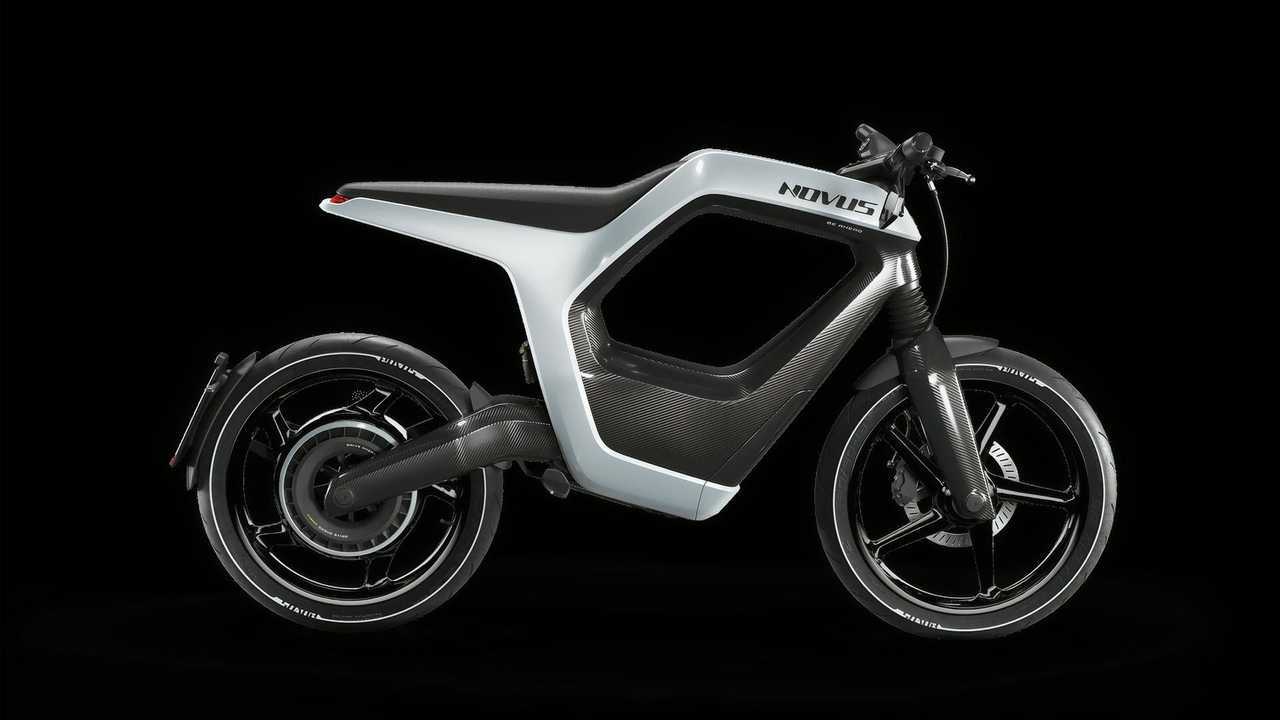 We know it’s a long pull, but do you remember CES 2019? That’s when German company Novus first unveiled its breathtakingly unique carbon fiber electric bike design. That was also probably the best place to reach the company’s target market, since the bike defies easy categorization as either an “electric motorcycle” or an “electric bicycle.” It’s also going to cost a whole bunch of money if you want one—which is what most people comment on first. (That is, by the way, totally fair. It’s a lot of money.)

How much does it cost? When Justin first told you about in January, 2019, Novus said it would run customers an eye-watering $39,500. Now that Novus is actually taking pre-orders for the thing in the back half of 2020, it turns out there are a few factors affecting price to consider. One is whether you’re in the EU and pay VAT on purchases. The other is what color Novus you choose, since two of the five available colors incur an additional charge.

Novus says the hub-mounted motor is an 18kW unit, capable of producing 200 Nm (147.51 ft-lbs.) of torque, and a top speed of 120 kmh, or about 74.5 mph. Nowhere in its sales materials does it actually talk about the battery—either capacity, charge time, or even what kind of charger it requires. You do have the option to unlock your Novus via a combination of your smartphone, the Novus app, and NFC. Oh, and you can also use your smartphone as your dash, to tell you a bunch of other stats/bike health items that apparently aren’t included in the standard unit’s dash, even though you’re paying as much as you are for the privilege of ownership! How thoughtful.

Saietta Seeks To Shape The Future Of Electric Motorcycles
++
Got a tip for us? Email: tips@rideapart.com