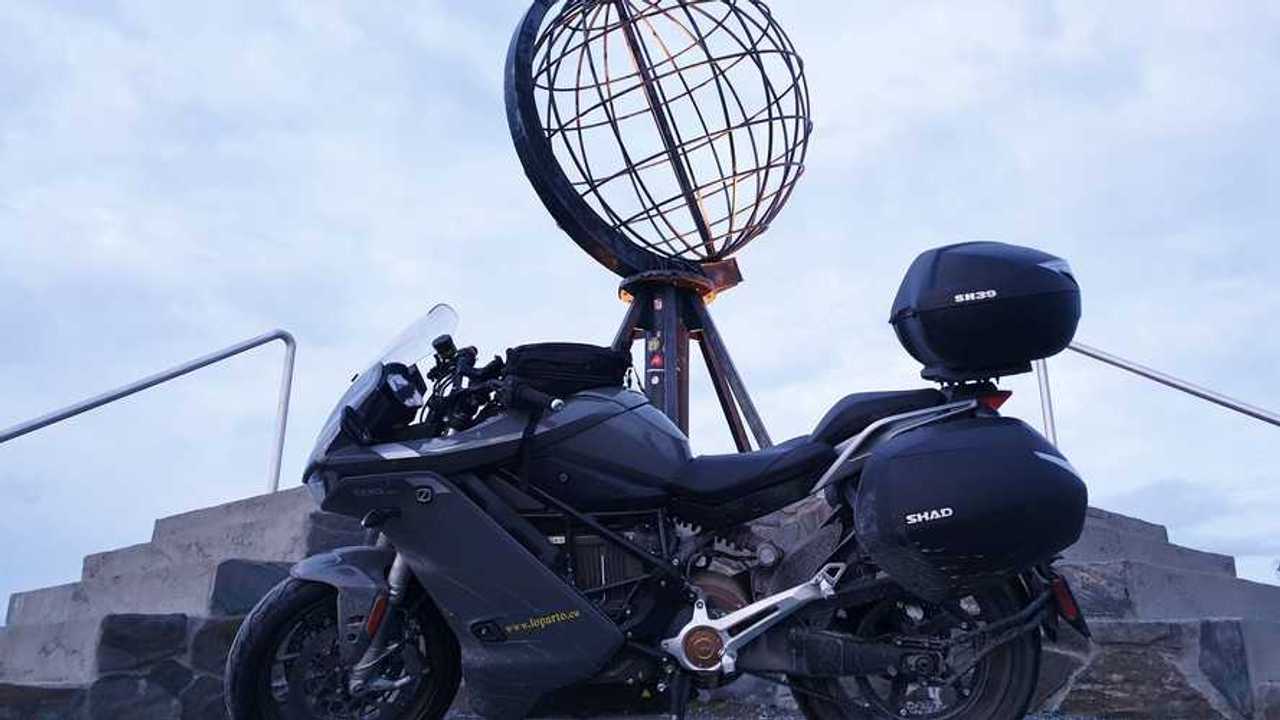 Italy to Norway, one charging station at the time.

Electric motorcycle adventures are gaining popularity. In the past year or so, several courageous (and very patient) riders tackled some form of cross-continental journey on an electric motorcycle. For instance, in December, 2019, a couple completed a 9,300-mile journey across Africa on a Zero DSR Black Forest. More recently, rider Diego Cardenas traveled 1,400 miles from Mexico to Canada on a Harley-Davidson LiveWire.

One of the most popular adventures we’ve documented was of course Long Way duo Charley Boorman and Ewan McGregor’s trek across South America on a pair of LiveWires. There' now a new name on the list of electric adventures who completed her version of The Long Way Up. You only need to swap McGregor and Boorman for Miriam Orlandi, South America for Europe, and Harley-Davidson LiveWire for Zero SR/S, and it’s almost the same. Sort of.

Orlandi actually one-upped a lot of these electric adventurers by becoming the first rider to reach mainland Europe’s northernmost point on an electric motorcycle. Her 4,350-mile, 21-day journey took her from Brescia, Northern Italy, all the way to Nordkapp, Norway. We did the math—she averaged 200-210 miles a day which is a reasonable distance to travel on an electric rig.

While her only guidelines were the starting point and the destination—not set course in-between—Orlandi is actually a seasoned motorcycle adventure. As documented on her blog “Io Parto” (“I'm leaving”), she’s done several motorcycle trips, including in Australia and the Middle East.

This most recent adventure wasn’t as “wild”, however, this time she had a mission: prove that it’s possible to travel sustainably. Describing her experience, Orlandi says she particularly enjoyed traveling in complete silence which allowed her to enjoy the other sounds, like the waterfalls or even the reindeers she crossed paths with.

She also praised the help she received along the way from people who offered she charge her bikes and even stay the night in their home. We already know that motorcycles bring like-minded people together and it sounds like electric motorcycles create even closer bonds.

The Zero SR/S launched at the beginning of 2020 as the fully-faired version of the performance-oriented SR/F. According to the manufacturer, the addition of a fairing improves the range by 13 percent—which is something we have to test. Based on her impressions, however, it seems like the SR/S did some good work.

She didn’t expand on the European charging infrastructure’s accessibility, however, a quick look at the Chargemap website tells us that it’s the network of charging stations across Europe is well developed. That means that if you feel inspired to do a similar trip, you’ll easily find places to stop and charge.