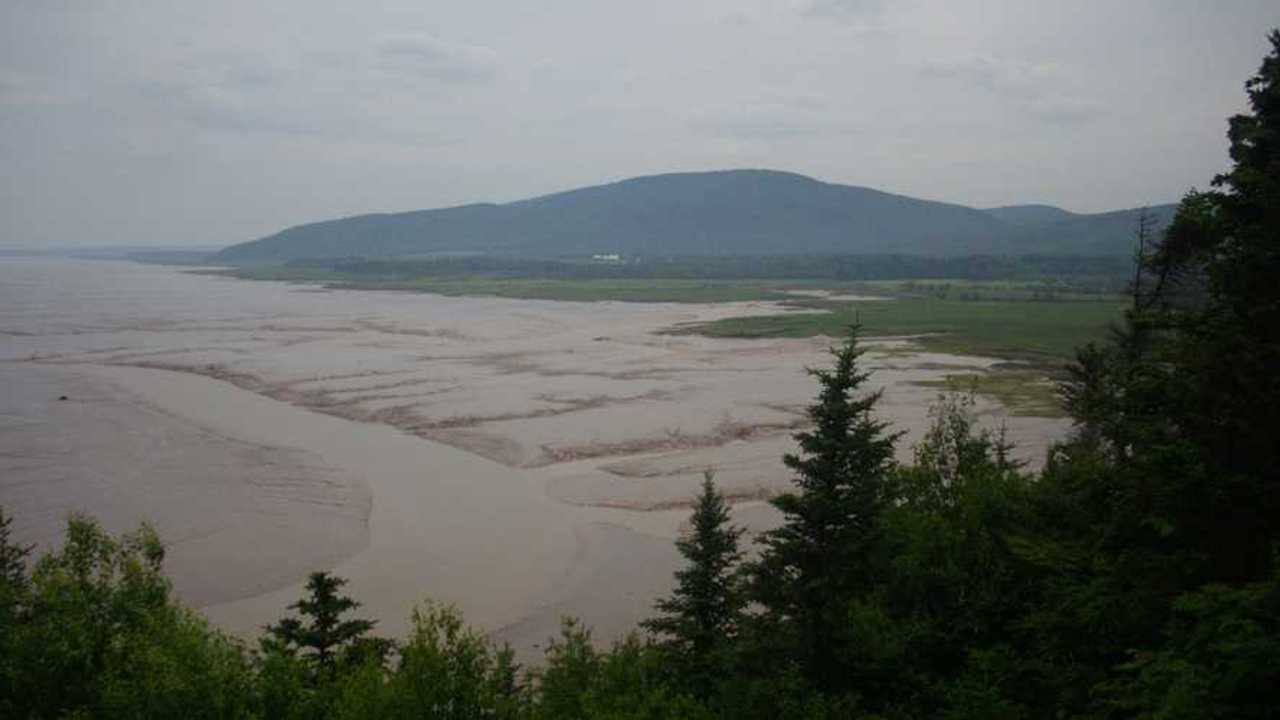 Be careful where you pitch your tent for the night.

We love motorcycle camping. It's a great way to see the world, ride to beautiful places, and not spend a ton of money doing it. At the end of the day, though, you have to be careful where you choose to spend the night. One camper learned this the hard way when he awoke to find himself floating in the ocean.

Grant Hatcher did what many of us do, packing up his bike and going to visit family. His ride from his home in Halifax, Nova Scotia, to Neils Harbor on Cape Breton Island, is a wonderful journey. I've ridden some of it myself. He got a later start than expected and decided to camp overnight in Noel Shore. He found a soft grassy area, pitched his tent, and went to sleep.

What he didn't count on was the extreme tidal changes in the Bay of Fundy. This picture, which I took at Hopewell Rocks, New Brunswick during my own trip, helps demonstrate just how massive the tides are. This is low tide. I walked around on the beach, with a landscape resembling an alien planet on Star Trek. At high tide, the ocean completely covers this beach and all of the darker, seaweed-coated rocks. Using the people on the beach for scale, that's about a 20-foot change in sea level.

Grant Hatcher, by his own admission, neglected to pay attention to three warning signs that his choice of campsite was Not A Good Idea.

At around 4:00 am, Hatcher woke up when a dewdrop fell on his face from the top of his tent. This is a fairly normal occurrence when camping. What is not normal is the floaty sensation of being on a waterbed. He had just bought a good quality waterproof tent. Not having staked it down, his tent had become a life raft when the tide came in.

"Am I floating in the middle of the Atlantic Ocean right now?" Hatcher thought. "Like, am I halfway to PEI [Prince Edward Island]?"

Fortunately, no, he wasn't. The water was only two feet deep, not twenty like at Hopewell Rocks, so Hatcher was not lost at sea. He was, however, naked, without clothes in the tent with him. He had no choice but to exit the tent in his birthday suit, gather his belongings, and drag them back to wherever the shore was now. It seems that his motorcycle was not at his campsite and was safe on solid dry ground.

Although Hatcher kept the story to himself and his family at first, he shared his misadventure with the world on Facebook. I highly recommend you read his account of the tale for yourself. He walks us through his flawed thought process that got him into this mess in a highly amusing way. It's also a resounding review of his waterproof tent.

Hatcher was smart to stop riding when he did, as it got dark, and as he got tired. There's no point risking an up-close and personal encounter with a deer, moose, caribou, and whatever other wildlife the Great White North has to offer. When you do decide to stop, though, make sure that where you stop is on solid ground, not a tidal pool.