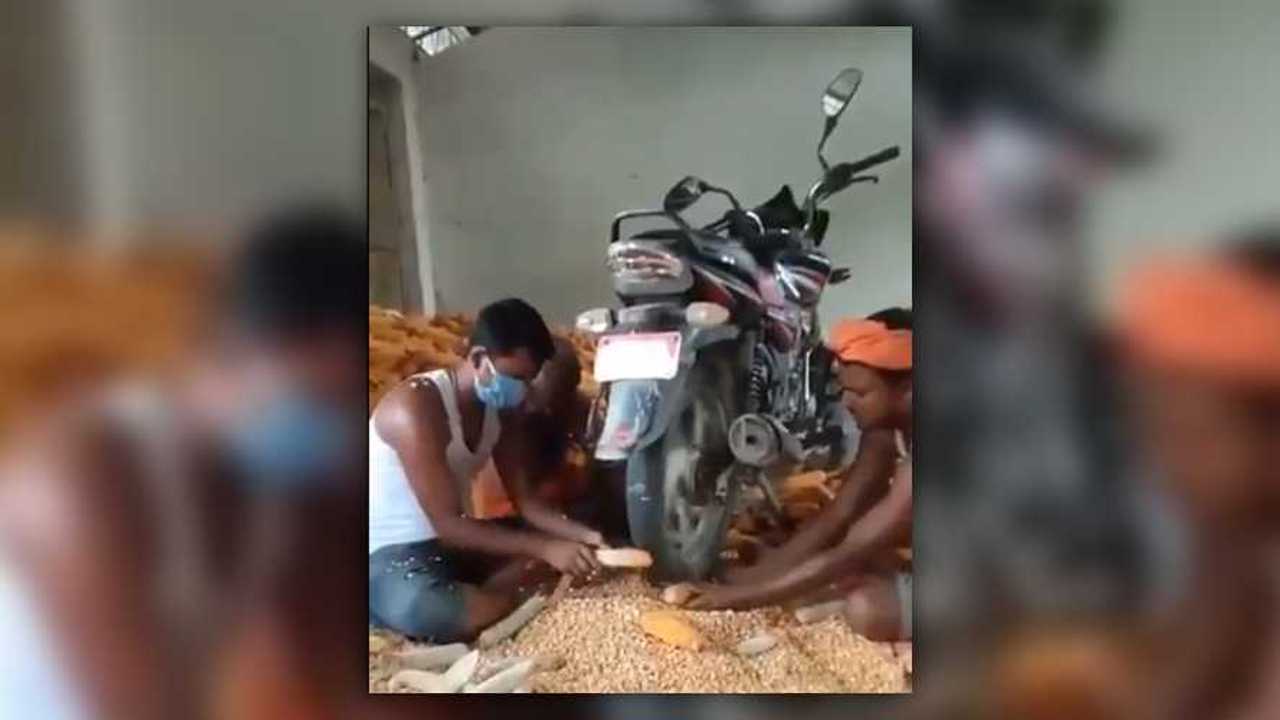 Necessity is the mother of invention.

Farmers are some of the most ingenious people on the planet. Farming is a career and a lifestyle that requires endless reserves of tenacity, drive, and the ability to improvise one's way out of any sticky situation. Growing up on and around central-Ohio dairy farms, I saw all kinds of bodges, field-expedient repairs, harebrained inventions, and old machines repurposed for new uses that their designers never dreamed of. Take, for example, this video out of India wherein some farmers used a motorcycle for a decidedly non-motorcycling purpose.

On August 27, 2020, Anand Mahindra—of the Mumbai Mahindras—tweeted out this undated video in which three industrious Indian farmers use a running bike to shell a mountain of corn. As the bike putts along in gear, set safely on its center stand, the farmers use the spinning rear wheel to quickly and efficiently separate all the corn kernels from their cobs. Mahindra himself was suitably impressed with the farmers' moxie, and in his tweet he even called on Continental tire to develop a special "Corntinental" model. Now that's a graduate-level dadjoke if I've ever seen one.

Of course, as soon as the tweet went live, the No Fun Club showed up to piss and moan about health and safety and micro-carbon particles and who knows what else. Thankfully, they were quickly drowned out by people piling in to applaud the farmers' gumption and can-do attitude. Personally, I'm with the latter group. I've shelled corn by hand before and it sucks. Besides, that's probably feed corn anyway, and I've seen farm animals eat way worse things than motorcycle tires.

I have to say, the bike sheller is up there with the Harley-powered minecart and the Virago-powered airplane as my favorite motorcycle repurposings. How about you? What's your favorite non-motoring use of a motorcycle or motorcycle engine?