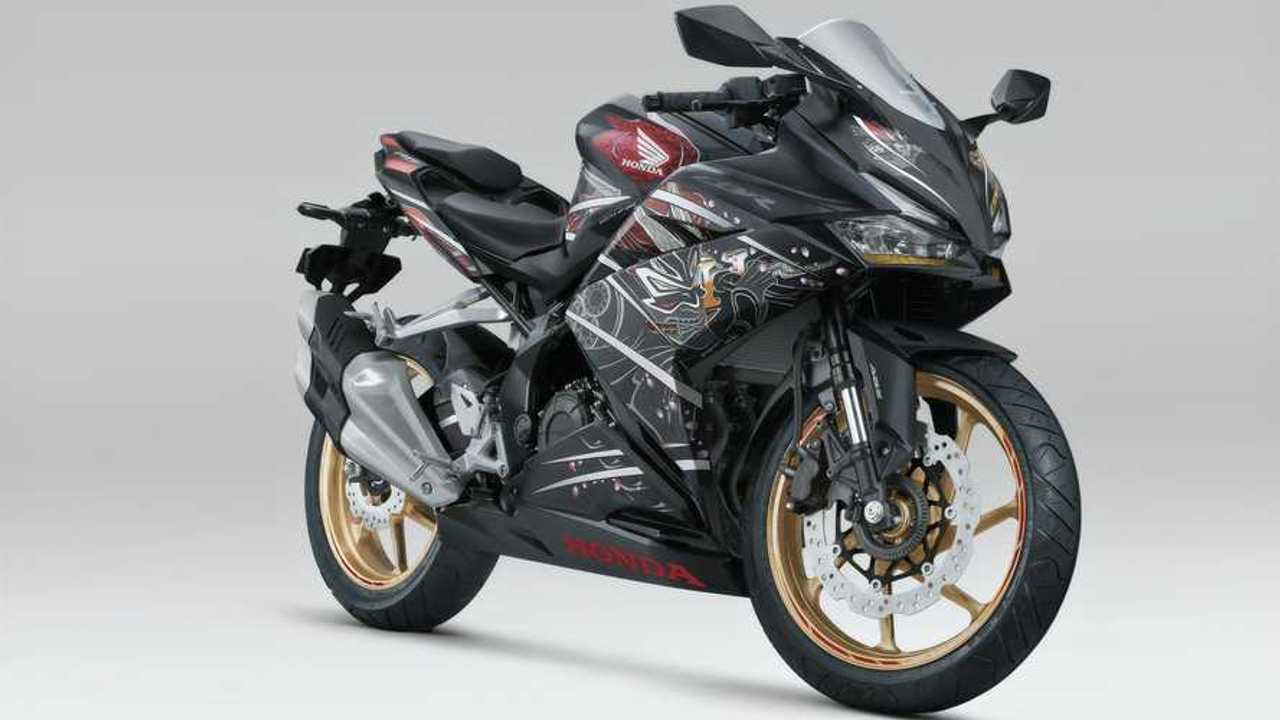 This stunning livery deserves a celebration of its own.

On the left side of the bike, you’ll see a depiction of the mythical Garuda bird—which has a place in both Hindu and Buddhist lore, and can be found depicted in art throughout South and Southeast Asia as a result. As one example, it’s the national symbol of Indonesia. Other Indonesian cultural details are waiting for you to find them on this side of the bike, as well.

Meanwhile, the right side of the bike features an illustration of a samurai Sengoku commander, along with sakura petals—an omnipresent cultural signifier of Japan. For those unaware, Japan occupied what was then called the Dutch East Indies—which later became Indonesia—for a period between 1942 and 1945, during WWII. When Japan surrendered was also when modern-day Indonesia first declared its independence—an extremely important event.

It also comes with a quick shifter, as hinted in the name—as well as an assist/slipper clutch, as revealed in Japan in July, 2020. It’s available throughout Indonesia from all Honda dealers, at a price of Indonesian rupiah 77.7 million—or approximately US $5,251.

If you’re in Indonesia, this is far from the only paint available to you on the updated CBR250RR. It’s also available in Bravery Mat Red, Mat Gunpowder Black Metallic, Black Freedom, Bravery Red Black, and Honda Racing Red. Be aware that some colorways only come equipped with ABS, and that not every colorway comes with the quickshifter and assist/slipper clutch. Prices also vary, with the special edition Garuda x Samurai of course being the most premium-priced of the bunch.

Honda Upgrades The CBR250RR To Fight Kawasaki
++
Got a tip for us? Email: tips@rideapart.com