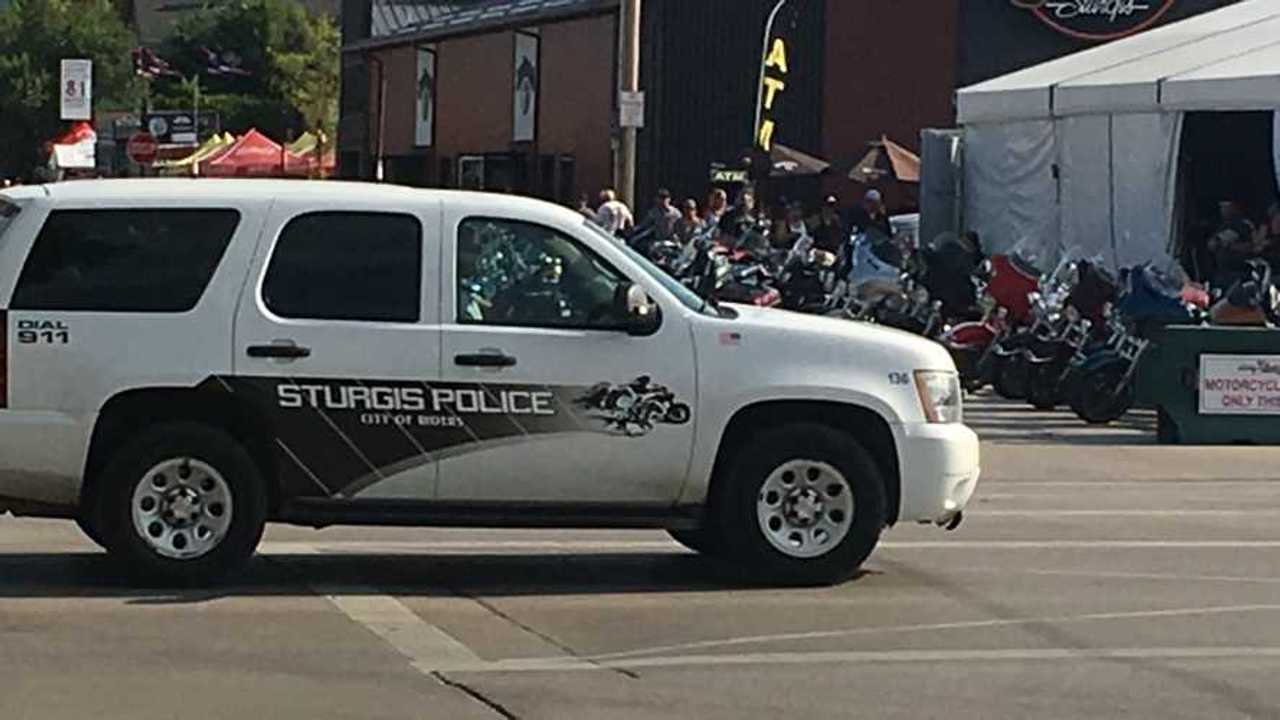 So-called "antifa" protesters nearly get swarmed when police step in.

A small protest against the Sturgis Motorcycle Rally nearly got mobbed when events escalated on Saturday, August 15, 2020. One protester was arrested while police escorted the others out of the area for their protection. Several bystanders recorded the incident on video.

While videos of the protesters describe them as antifa, there is no evidence backing up this claim. USA Today reports that a Craigslist ad for an "anti-white" rally in Sturgis (misspelled) has been found to be fake. Rather than whiteness, the protesters held signs saying "We don't want you here" and "Noem, send them home," referring to South Dakota Governor Kristi Noem. They also held a gay pride flag, as well as "no step on snek," a flag making fun of the "Don't tread on me" Gadsden flag, which has racist connotations.

For at least half an hour, the protest was peaceful. Sturgis police surrounded them, both to keep traffic flowing as well as to protect their right to express themselves without being harmed. Some bystanders made their own counter statements, including the Confederate battle flag as well as pro-Trump signs. Police stood by and allowed both sides to express themselves peacefully.

That changed when, at 28:45 in this video, one protester kicked at a passing motorcycle that got somewhat close to him. While the biker did swerve somewhat toward the protesters in the middle of the road, it is unclear whether this was intentional or not. The rider quickly regained control and does not appear to be hurt.

Police immediately detained this protester, and quickly surrounded the others as angry bystanders swarmed in. Police took down and arrested the kicking protester, while pushing the surrounding crowd back to the sidewalk. In the video one officer can be heard repeating "Let us arrest him" to the crowd, imploring them to let police handle the situation their way instead of mob justice.

A few minutes later, after talking with the remaining protesters, police escorted them out of the area, most likely for their own safety. While pro-police sentiment is unpopular these days, it seems to me like the Sturgis police did an excellent job controlling the situation and preventing it from escalating. My experience last year was a heavy police presence downtown, but one that was mainly there to keep the peace, not prevent anyone from having fun. In the video many passing riders gun their engines as they pass. Police elsewhere would take issue with this, but not in Sturgis, where the police cars proclaim it to be the "city of bikers."

At the end of the video someone comments that if it hadn't been for the police, the protesters would be dead. He's probably right. Fortunately, police prevented this situation from becoming a full-on riot.

Sturgis: The Wild West Of Motorcycling
⠀

Weekend WTF: Thousands Swamp Sturgis Like It's 2019 And It's Bad
++
Got a tip for us? Email: tips@rideapart.com