New Hampshire officials and Laconia Motorcycle Week organizers are learning valuable lessons from this year’s Sturgis Motorcycle Rally. If you’ve been on a media blackout for the past week, backlash swirled around the 80th annual South Dakota event since bikers started gathering at Junction Ave and Main St last Friday. Countless outlets documented the lack of social distance and mask-wearing among the attendees despite public health recommendations and increasing cases in the U.S.

With a little over a week before the Laconia Motorcycle Week’s August 22, 2020, start date, New Hampshire Governor Chris Sununu just announced a face-covering mandate for events of 100 or more people. To add some teeth to the statute, the state will deploy Liquor Commission enforcement teams to levy fines on those not observing the directive during the bike week. State regulators also have the authority to seize the liquor license of offending establishments.

“Sturgis was a real warning sign to us,” said the two-term Republican Governor. “That brought a second level of awareness to us. This is something we can do reasonably.” 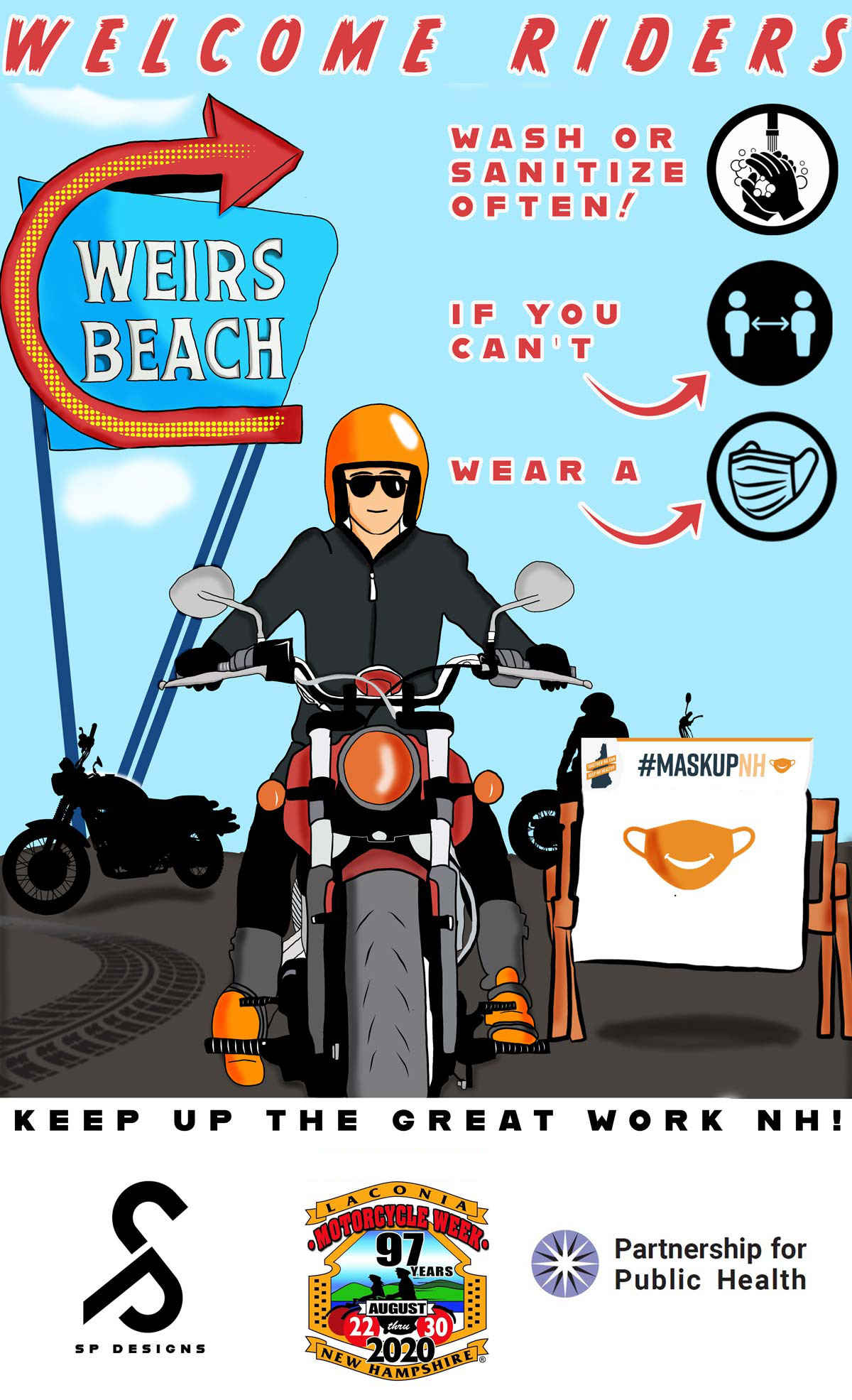 In addition to the state’s efforts, Laconia Motorcycle Week overseers are promoting social distancing, hand-washing, and mask-wearing during the week-long gathering. Though racing and musical acts (at local establishments) are still on the docket, vendor booths are limited to non-profit organizations and the popular Gunstock Hill Climb is postponed until 2021.

“The emphasis on this year’s Laconia Motorcycle Week will be on safety,” said Laconia Motorcycle Week’s Deputy Director Jennifer Anderson. “While we recognize that New Hampshire is faring remarkably better than most in this pandemic, many riders will be coming from out of state and we want to ensure the public we are taking every precaution to protect their safety...”

Unlike Sturgis, New Hampshire politicians, organizers, and residents are in agreement concerning the public health and safety during the 97th Laconia bike week. While the mask mandate covers the motorcycle rally, it doesn’t apply to private businesses and schools unless there’s a pre-scheduled event exceeding 99 people.

It seems like postponing the world’s oldest motorcycle rally allowed local officials and organizers to better prepare for holding a large event during a global pandemic. We’ll have to wait and see if their efforts are successful and whether we’ve learned anything from the lack of regulation at Sturgis this year.

Under The Influence Of Sturgis: