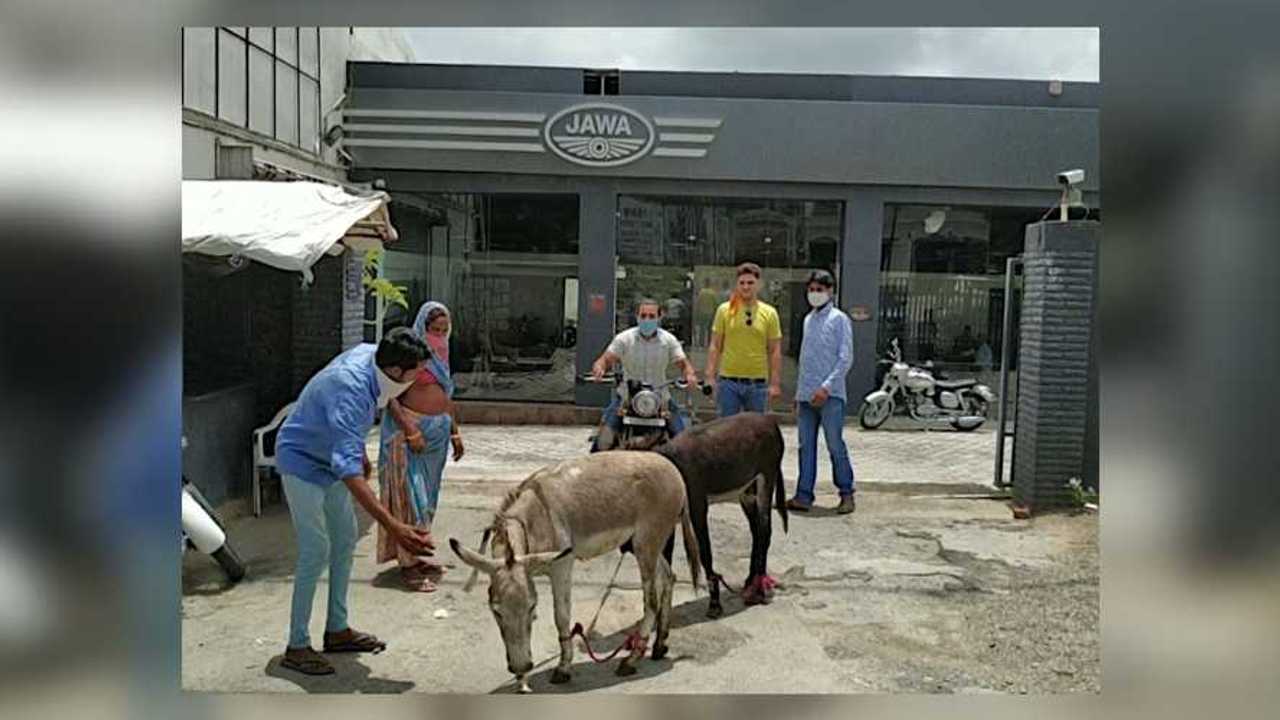 No donkeys were harmed in the protest, but some egos might have been.

Picture this: Maybe you grew up with a bike in the family that you loved. It was a classic, and your family took care of it, and you grew up just always seeing it around. As you got older, you understood that this bike wasn’t made anymore, but that the one in your family was a good, solid bike. Naturally, you got a bit sentimental about it, because there were all kinds of good memories attached to that bike and those family members.

Fast-forward to 2019, when someone resurrected that nameplate you’d grown up loving. Suddenly, you could buy a brand new Jawa again! You weren’t rich by any stretch, but you had a little money saved, and you wanted to get yourself a bike you could use for everyday life. Excited by the prospect, you bought yourself a Jawa Forty Two, and looked forward to many happy days riding anywhere and everywhere—but alas, it was not to be.

That story or something very similar is what Jawa Forty Two owner Abhayraj Singh claims to be living through at the moment. This man-made news in July, 2020 in Udaipur, Rajasthan, India, when he tweeted angrily about the lack of satisfactory response he said he’d received so far from Jawa. He addressed his initial tweet to Anand Mahindra (who is the chairman of the Mahindra Group, which owns Classic Legends), Ashish Joshi (head of Classic Legends, which is Jawa’s parent company), and Jawa Motorcycles. In that tweet, Singh said his Jawa Forty Two had suddenly stopped working three separate times in the eight months since he’d taken delivery of it.

In July, 2020, Singh decided to stage a donkey protest in front of a Jawa dealership in Udaipur. Hebrought two donkeys on the dealership, ceremonially tied them to his non-functional Jawa Forty Two, and took photos to share with the world. He called the bike a “donkey bike,” and claimed that two donkey power could beat the zero horsepower currently in evidence from his Jawa.

This is apparently not the first time that a displeased motorist has thrown a donkey protest in Udaipur, either. British car maker MG recently started offering its first car made entirely in India, the Hector. An owner of an MG Hector was so deeply displeased with how badly his car was working that he threw a similar protest in December, 2019, according to the Deccan Herald. It’s unclear what kind of satisfaction he received from MG after this very public protest.

As for Singh and his Jawa Forty Two, the owner seems to have removed his tweets of complaint following receipt of a response from Jawa. Hopefully, his bike is now getting the care it needs to get it up and outpacing donkeys everywhere.

Jawa’s Next Model Could Be An Electric Motorcycle
++