Alas, we only see the prototype's weirdo front suspension in action.

If you’re excited to see the new Bimota Tesi H2 in action, we have good news and bad news. The good news is, Bimota’s uploaded footage of a prototype machine running test laps. The bad news is, all we can see is the bike’s front suspension as it circles around the track.

The Tesi H2 first broke cover in late 2019, after Kawasaki bought a huge chunk of Bimota. This hyperbike combines the best of Japanese technology with the best Italian design. It has Kawasaki’s supercharged, four-cylinder H2 engine (reportedly making 230 horsepower) and Bimota’s wild aesthetics and unconventional chassis. It’s an exciting idea, and both the moto-press and bike enthusiasts were thrilled to see the design debut at the EICMA motorcycle show. 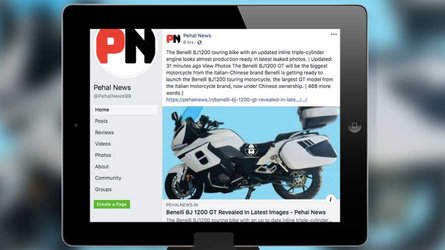 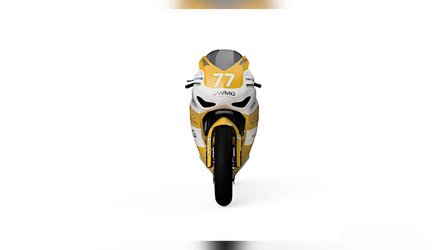 Unfortunately, we don’t see a whole lot of that design in this video clip. You can hear the engine, and you can see the weird hub-steering front end in action, but that’s all. It shows that Bimota’s hard at work developing the bike, but if you want to ogle the whole bike, you’re out of luck.

From what we’ve seen in earlier photos, the Tesi H2 is visually stunning, and that engine has the promise of great power (which could lead to great irresponsibility). The machine’s hybrid Asian/Italian pedigree is just as important to fans, though, as it solves Bimota’s long-running problem with sourcing engines.

Financing and quality control caused major issues for Bimota over the past decade, but one of the biggest problems was unreliable engine supply. Bimota bought its engines from other Euro manufacturers, and sometimes the other factories couldn’t or wouldn’t come through with the order on schedule. When you’re already short on money, it doesn’t help to have your suppliers push deliveries even further back.

Kawasaki’s Bimota buy-in should solve that problem. Kawi has every reason to want Bimota to succeed now, so Bimota should have all the engines it needs. Hopefully, the result is more wild bikes like the Tesi H2.