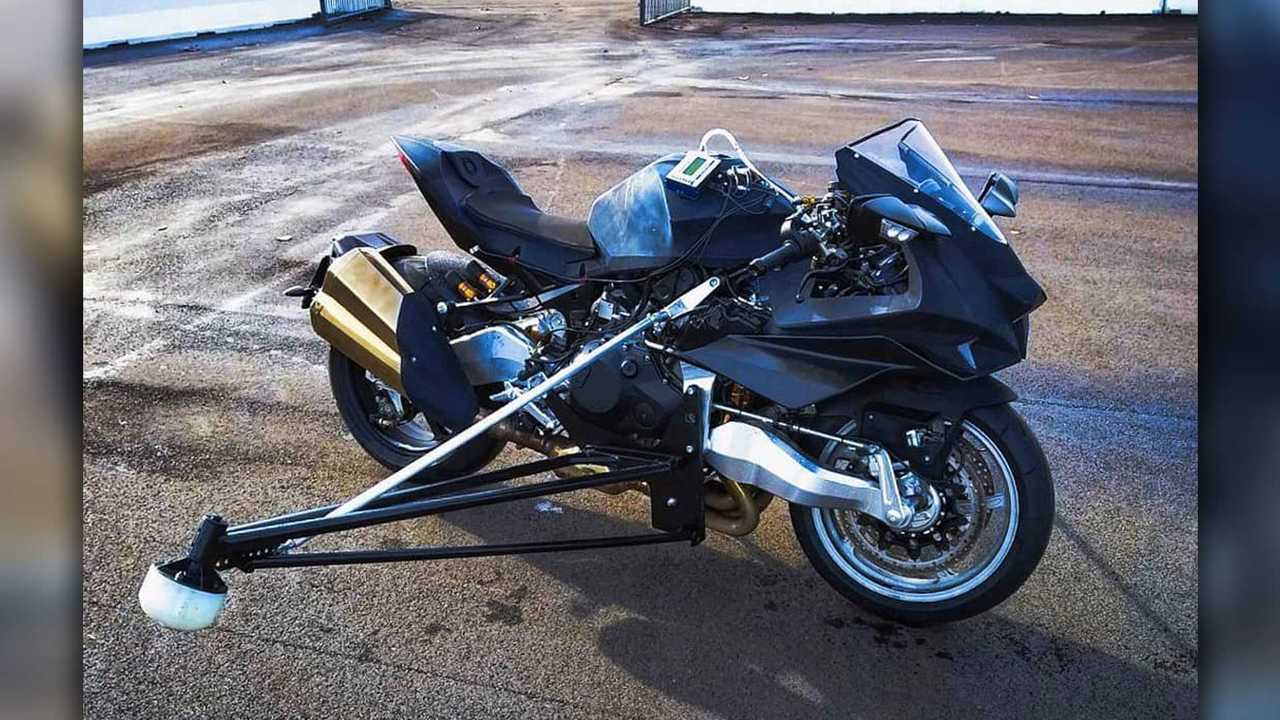 When Kawasaki and Bimota teamed up to unveil the new Tesi H2, it made our insides tingle. It’s hard not to have a visceral reaction looking at it—whether it’s a positive or a negative one. The bike looks devilishly good (at least I think so) and showcases an incredible level of detail and intricacies in its design. Surprise, surprise: the bike that took the stage in Milan isn’t just a design study. We now know that Bimota is moving ahead with its plan to send the bike to production. Due date: Summer 2020.

The Next Kawasaki-Bimota Project Imagined And It’s Beautiful

The superbike’s unveiling cemented the newly-formed partnership between Kawasaki and Bimota—and by “partnership”, I mean to say that Kawasaki bought almost half of the Italian firm. While the design and the quirky dual-swingarm-mounted frame are Bimota’s, the engine is Kawasaki’s 998cc, inline-four, supercharged powerhouse.

Bimota shared a snapshot of the Tesi test mule being put through its paces on its Facebook page, proving the bike shown at EICMA wasn’t just a pretty paperweight. The test mule was put on the track to test its ABS system in Rimini, Italy, the company’s native town and where it will resume its activities. According to a number of sources, the model should launch next summer. That’s as precise as it gets for now.

The power figures are expected to be similar to the non-road legal Ninja H2 R’s with an output estimated at around 300 horsepower. There’s no say whether the Tesi will be made road-legal or not but at 300 ponies, chances that it will launch as a road-legal model are slim to none. To be fair, starting things up with a low-volume bike is a good way to ease your way back on the market.

After all, Kawasaki and Bimota are only getting started and confirmed a KB4 would also come—a model that could be more mainstream and help ramps things up, unless the plan here is to make Bimota the Ferrari to Kawasaki’s Fiat. I’m really excited to see what Bimota will do with its new lease on life.