To tell you what’s happening with MV Agusta in India, we first have to go back in time to 2016. That’s when a premium motorcycle distributor called Motoroyale Kinetic first signed an agreement with MV for exclusive distribution rights across India. Uniquely, Kinetic is the only distributor to showcase multiple premium brands in the country, including Norton Motorcycles, SWM, FB Mondial, and Hyosung.

Multiple companies working with Kinetic meant that multiple agreements were in play, and unfortunately for Kinetic, it’s currently feeling the fallout of its partnership with Norton Motorcycles. It’s unclear what percentage of the problems it’s currently facing are a direct result of that dissolution, but the number is likely not small. 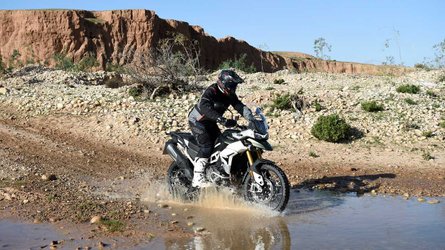 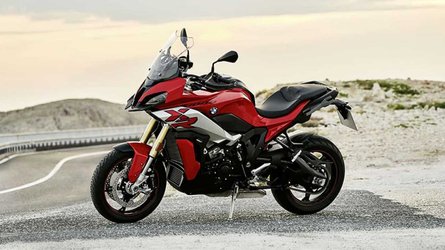 MV Agusta was the very first premium brand to sign a deal with Motoroyale Kinetic, with all brands apart from Hyosung catering to very distinct niches in the Indian market. Prior to Norton’s administration woes earlier in 2020, it had entered into an agreement with Motoroyale Kinetic to produce a 650 Atlas, including the engine, in India for both that country and other Southeast Asian markets.

Construction had, in fact, already started on the facility that would build those bikes. It was to be based in Ahmednagar, Maharashtra, and would be capable of producing 30,000 units. According to Autocar, Kinetic had also already invested in tooling for the Commando 961 as well when Norton went into administration. To clarify, Kinetic only ever had to do with Norton in India, and not any of what was under investigation in the UK. Nevertheless, it seems that it was unfortunately left holding the bag.

Now, back to MV Agusta. While MV Agusta and Norton don’t have anything to do with each other, the situation with Norton and Kinetic undoubtedly left the latter company in a slightly weakened state. A timing issue concerning India’s BS6 emissions regulations, Euro5 emissions regulations, and MV Agusta’s production timing struck a further blow in February 2020.

If you’ll recall, requirements that all new vehicles sold must meet BS6 emissions requirements went into effect in May 2020. At the same time, the hard deadline for Euro5 regulations (which are roughly congruent to BS6) is January 2021. MV Agusta, meanwhile, does not currently have any Euro5-compliant bikes available, which also means they don’t have any BS6-compliant bikes available.

Fast-forward to June 20, 2020, when MV Agusta CEO Timur Sardarov answered questions from MV fans submitted via social media in an Instagram video. One question asked about the Motoroyale Kinetic situation in India, as rumors had been floating around since February 2020 about the two companies parting ways. Sardarov confirmed that is the case, and said that from the start, “there were constant misinterpretations of the contract.”

Furthermore, he added that Kinetic wasn’t representing MV the way it wanted to be represented, and that MV was actively shopping for a new Indian partner to distribute its BS6-compliant bikes once they were available. He didn’t directly state when that date might be, but with BS6/Euro5 congruence, and Euro5 MV Agusta models not coming until January 2021, we can read between the lines and see that it won’t happen until that time at the earliest.

Since Indian motorcycle giant TVS bought Norton Motorcycles, it’s unclear what will happen with the previous Norton agreement with Kinetic. Why TVS would need to contract an outside company when it has its own facilities in India seems like a valid question, but at this point, it’s all speculation. Assuming Kinetic no longer has MV Agusta or Norton in its stable of premium brands, it’s left with SWM, FB Mondial, and Hyosung. None of the brands Kinetic ever carried were volume sellers, and some questioned why Hyosung was there in the first place, as it’s not a particularly premium brand. It’s unclear what the company will do going forward, only that it won’t be doing it with MV.