If A Yamaha Tracer 250 Ever Hits The Market, It Should Look Like This 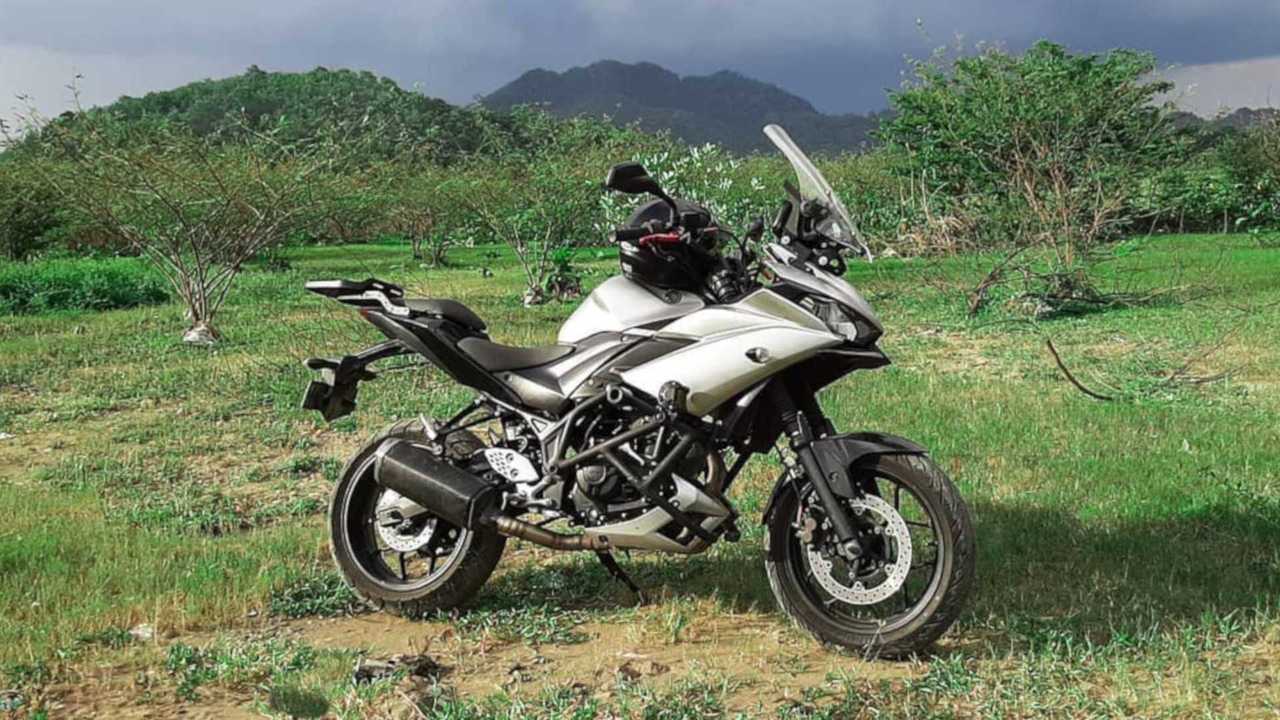 If you can't make your own, store-bought is fine.

In countries where smaller-displacement bikes are the norm, a smaller-displacement adventure touring bike makes a whole bunch of sense. Indonesian riders have patiently been waiting for a Yamaha MT-25 Tracer for a very long time, with no OEM results in sight. One fan even came up with a pretty convincing concept render for what such a bike would look like back in 2016. Still, crickets.

One rider got sick of waiting and came to that age-old conclusion that so many riders have come to since motorcycles were invented. If you want something done right, you almost always have to do it yourself. Instagrammer and Indonesian Yamaha YZF-R25 owner huzni8 got to work transforming his baby into a more capable ADV machine.

On the showroom floor, a stock R25 inline twin engine puts out a claimed 35.5 bhp at 12,000 rpm, along with 23.6 Nm (17.4 lb.-ft) of torque at 10,000 rpm. It’s unclear if huzni8 has performed any engine modifications, but he obviously put a lot of time and effort into everything else and it definitely shows.

Gone are the R25’s baby sportbike looks. Suspension has clearly been adjusted, so there’s more ground clearance. There’s engine protection, a much taller adjustable windscreen, raised handlebars, capacious-looking top box and hard panniers, and what look like square amber LEDs mounted below the stock turn signals up front. It’s possible they’re reflectors; without the electrics being turned on, in the photos, it’s difficult to tell.

It’s unclear if huzni8 has future plans to put more dual-sport-oriented rubber on what looks to still be the stock rims, or whether he intends to just roll on with those road tires. From the video he posted, it doesn’t look as though he’s having any trouble coping with things as they are now for his one-of-a-kind Tracer 250.

Will Yamaha ever build a Tracer 250 for real? Only time will tell, but this clean and elegant build definitely offers a roadmap on how to make it look good.