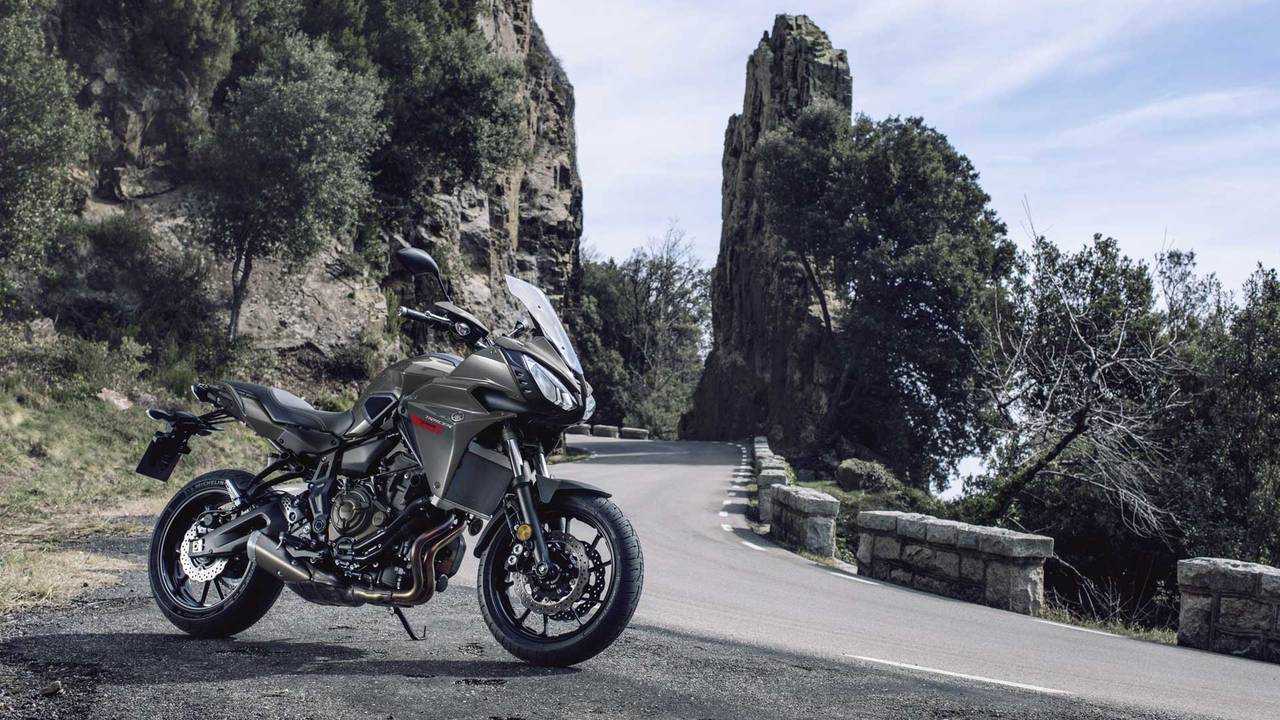 Would we even get it if they are?

A spy shot of the alleged mini Tracer doing the rounds is fueling the rumor, but details are scarce. As for whether it will make it to North America that will depends on the powerplant fitted. The spy shot suggests a strong resemblance to the Yamaha MT 125, which we do not get, but it’s worth noting that we do get the Honda Grom, and Kawasaki’s Z125. Yamaha has yet to offer a mini-bike competitor in the USA. Maybe a mini adventure bike would give Yamaha enough of a differential from those two bikes to gain some market share?

Other options for engine size include 150 cc or 155cc. Both of those configurations exist in Yamaha’s lineup in other markets, particularly in countries where—like in Japan and the UK— the market is defined by a graduated licensing system with horsepower or engine capacity restrictions.

Based on a picture alone it’s hard to guess at what size and dimensions this bike could be, but we’ve used our spidey senses to make an educated guess. For example, it makes sense that a mini Tracer would follow the same format as the MT 125, given the relationship between the MT-09 and the Tracer 900 as well as the MT-07 and Tracer 700.

The 304-pound MT 125 is powered by a 125 cc single good for just under 15 horsepower and about 9 pound-feet of torque. It has 41-mm upside-down forks and a 32-inch seat height. Those stats all compare well to the Grom and the Z125. You can expect a Tracer variant to be slightly taller, and perhaps heavier. It would likely come with hand guards, a taller screen and perhaps a larger fuel tank than the MT’s three-gallon unit.

Adventure bikes have grown in popularity of late, so too little bikes – so there might be a market here in North America. Let’s hope so.