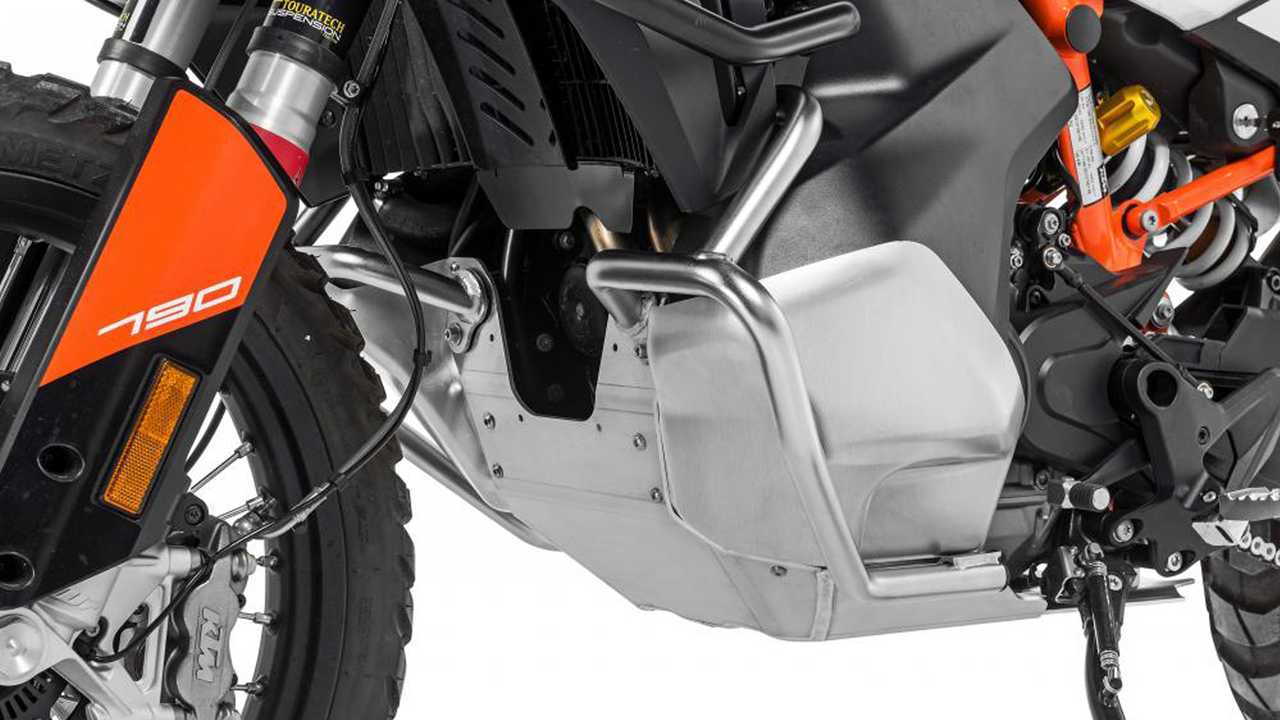 Want to beef up the protection on your KTM 790 Adventure or Adventure R? Touratech just released the RallyeForm skid plate, a two-part armor system that functions as both a standard skid plate and a gas tank guard.

Although they’re intended to be a budget-friendly alternative to KTM’s big-bore ADV lineup, the 790-series adventure bikes are plenty capable. Some of this is due to their highly-tuned suspension and comprehensive electronics package. One of the biggest reasons the 790 Adventure machines are so capable off-road, though, is simple: KTM built a gas tank that wraps around the engine, to keep the fuel’s weight close to the ground. This makes the 790s easier to handle in the dirt, but it also means you’re more likely to impact the gas tank in a crash.

Have Yourself A Great Adventure:

For that reason, the new Touratech RallyeForm skid plate is designed to protect the lower sides of the gas tank, so you won’t have fuel leaking everywhere after a crash. KTM says the plastic tank is very tough—test rider/racer Quinn Cody says he’s seen them survive high-speed asphalt wrecks, for example. However, the Touratech skid plate should provide many KTM riders with extra peace of mind, as there’s always the chance of unexpected damage in even the slightest tipover.

The bottom of the RallyeForm skid plate is made of 4mm-thick aluminum protecting the engine sump from damage. The form-fitting sides, contoured to precisely fit the gas tank, are made of 3mm-thick aluminum, as they’d probably receive less impact in a crash. The bottom and top parts of the the RallyeForm skid plate are both available in either an anodized black or raw aluminum finish. The black finish matches the fuel tank better, but the aluminum won’t look as rough when you scratch it up riding off-road.

If you want even more protection, Touratech says the RallyeForm skid plate is also compatible with its engine crash bar system. Touratech is asking $429.95 for the skid plate; for more information, check out the Touratech website.